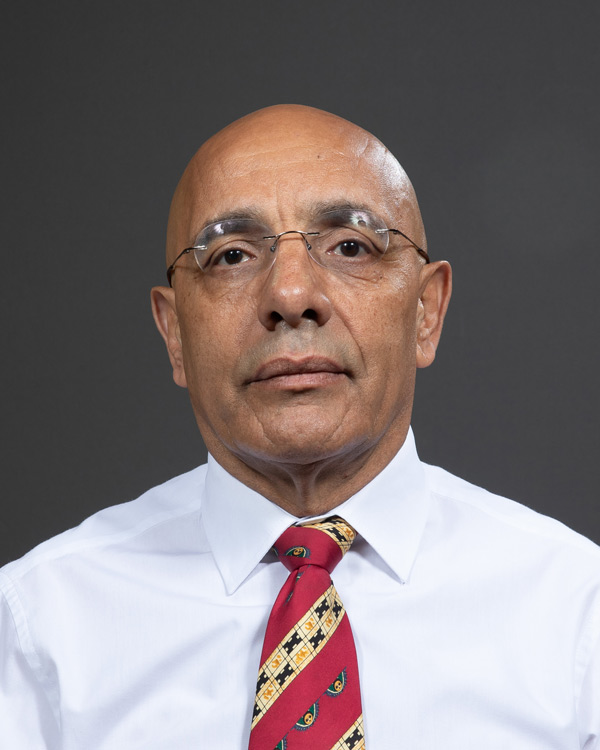 University of the District of Columbia B.P.A. in Public Management

I have been teaching in the Department of Criminal Justice since fall 1998. I earned my Master's and doctoral degrees in justice studies at Arizona State University in United States. I am a full professor and teaches Introduction to Criminal Justice, Criminology, Comparative Criminal Justice Systems, Ethics in Criminal Justice, and occasionally Senior Seminar in Criminal Justice. I have taught many sections of a graduate course in Advanced Criminology, Comparative Criminal Justice Policy, and Restorative Justice (as a visiting professor in Ethiopia) at Addis Ababa University in the Department of Sociology and in the Faculty of Law, and in the Schools of Law at Bahir Dar and Wollega Universities between fall 2011 and summer 2018. I supervised two doctoral students in Social Work and Sociology, writing their dissertations on community policing and corruption at Addis Ababa University, as well as eight law students in writing their master's theses at Bahir Dar and Wollega Universities in Ethiopia. Moreover, I served as an external examiner for four doctoral students in Kenya, South Africa, Australia, and Ethiopia. I gave invitational lectures on "Transnational Organized Crimes" at the University of Teramo (Italy) in May 2009, on "Critical survey of criminological theories at Kenyatta University (Kenya) in May 2007, on "Ethical Code of Conduct in Criminal Justice" (Ethiopia) in December 2012, on "Global Criminal Justice Policy Transfer" (Ethiopia) in December 2013, and on the "Sociology of Corruption" (Ethiopia) in July 2014. I also co-organized and conducted a three-day workshop on human rights and policing for a group of high-ranking Kenyan police officers in August 2005. I have co-edited three books as a primary editor (with my own book chapters in each edition) on: Access to Justice in Ethiopia with Addis Ababa University (2014); Ethiopia in Transit: Millennial Quest for Stability and Continuity with Routledge (2011); and The Horn of Africa and Ethiopia: Crisis and Terror in the Horn of Africa: The Autopsy of Democracy, Human Rights and Freedom with Ashgate (2000). I have also published peer-reviewed articles, and presented numerous international conference papers with a primary focus on Africa on such topics as modern policing in Ethiopia, constitutionalism and the rule of law, genocide, kidnapping in Kenya, innovative mobile technology and innovative crimes in Kenya, organized crime syndicate (Mungiki) in Kenya, transitional justice in Africa, anti-vagrancy laws in Ethiopia, comparative police systems and police reforms in Kenya and South Africa at the American Society of Criminology, Academy of Criminal Justice Sciences, and the African Studies Association annual conferences. I have four encyclopedia entries on: "Kidnapping" and "International Guidelines on Victimization" in The Encyclopedia of Criminology and Criminal Justice (Wiley-Blackwell) in 2012; "Bail" in Encyclopedia of Criminal Justice Ethics (Sage) in 2014; and "Crime and Punishment in Ethiopia" in The Encyclopedia of Crime and Punishment (2015, with Wiley-Blackwell).  A co-authored book chapter entitled: “Perspectives on the Correlational and Consequential Factors of Violence against Women in Ethiopia” in an edited book (Lexington Books, 2019): Violence against Women of African Descent: Global Perspectives.