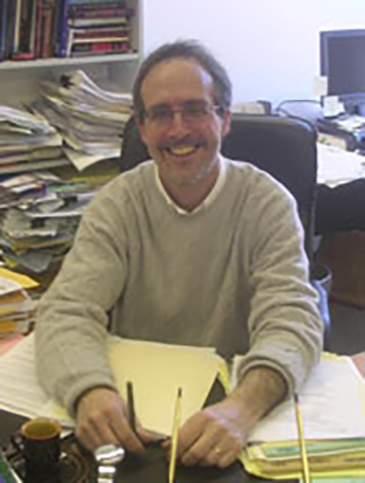 John Lizza's main philosophical interests are in bioethics, metaphysics, and philosophy of mind. He is particularly interested in persons and personal identity, and how these concepts affect the analysis and evaluation of issues in bioethics, such as the moral status of the human embryo and the definition of death. He teaches a variety of courses, including Medical Ethics, Metaphysics, Philosophy of Mind, Philosophical Aspects of Death and Dying, Persons, Life and Death, Human Love and Sexual Morality, Ethical Issues in Medicine and Biology, Environmental Philosophy, and Critical Thinking.

His books, Persons, Humanity, and the Definition of Death (2006); Defining the Beginning and End of Life: Readings on Personal Identity and Bioethics (2009); and Potentiality: Metaphysical and Bioethical Dimensions (2014) were published by The Johns Hopkins University Press. Other publications include: "Where's Waldo? The 'Decapitation Gambit' and the Definition of Death" Journal of Medical Ethics (2011), "Potentiality and Human Embryos" Bioethics (2007); "Potentiality, Irreversibility, and Death" The Journal of Medicine and Philosophy (2005); "Defining Death for Persons and Human Organisms" Theoretical Medicine and Bioethics (1999); "Persons and Death: What's Metaphysically Wrong with Our Current Statutory Definition of Death?" The Journal of Medicine and Philosophy (1993); and "Multiple Personality and Personal Identity Revisited" The British Journal for the Philosophy of Science (1993).

He has been a member of the Ethics Committee at Lehigh Valley Hospital in Allentown, PA, since 1993. He was an Adjunct Associate of The Hastings Center from 1993-2008 and Chair of the Committee on Philosophy and Medicine of the American Philosophical Association from 2007-2010.