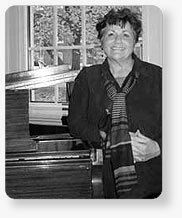 Vocalist Cathy Chemi may be best known for her association with big band leader Harry James in the late '60s and early '70s, with whom she toured the U.S. and Europe. Cathy spent time in Las Vegas sharing the stage with Red Buttons and Earl "Fatha" Hines. She also recorded demos with Frank Loesser of "Guys and Dolls" fame and Meridith Wilson ("Music Man"). Chemi's discography includes a live album with the Harry James Orchestra, recorded at the Hollywood Palladium and the Royal Festival Hall (London), and a recent reissue with Harry James on CD.

"Cathy successfully combines her naturally powerful voice with a distinctive style of interpreting good songs. She achieves the emotional intensity that is free of the over-theatrical affection which mars the work of some big-voiced singers," says Crescendo Magazine.