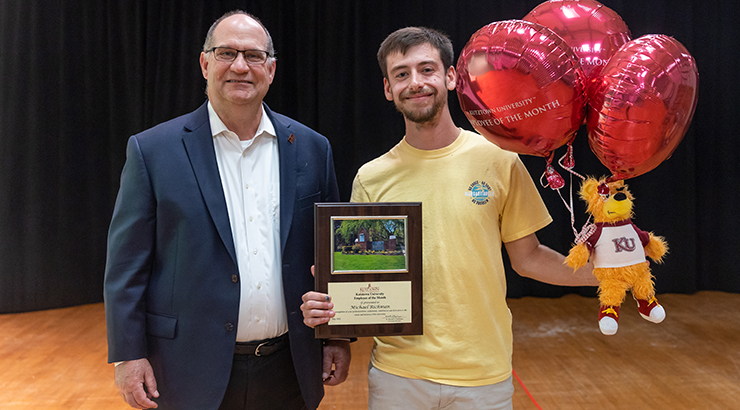 Richman Named KU Employee of the Month for May 2022

Congratulations to Michael Richman, electronic system technician, Visual and Performing Arts, on being named Kutztown University Employee of the Month for May 2022. Richman’s nomination from Michael Johnston, department chair, Cinema, Television and Media Production, can be read online.

The upper level low pressure and warm front that brought yesterday’s precipitation will be spinning around up near New England today and still will have the opportunity to throw a couple of showers or thundershowers our way, but less widespread than yesterday’s event. Most of today will be dry and partly sunny, but carry an umbrella just in case for one more day. Humid. High of 84. 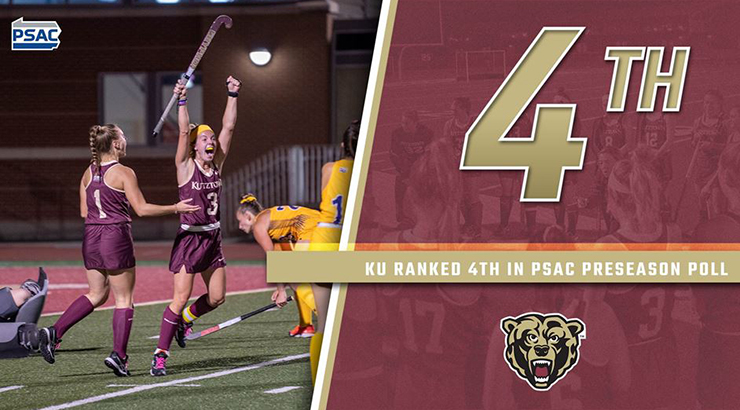 For the second straight year, Kutztown University field hockey sees its highest ranking in program history, repeating as fourth in the 2022 Pennsylvania State Athletic Conference preseason coaches poll, announced Monday by the league office. The Golden Bears, who finished last season at 11-7 overall and 5-5 in the PSAC, tied their highest ranking in the preseason poll since the Eastern and Western Divisions merged in 2013. They have had a top-six ranking every season dating back to 2015. Kutztown is just two seasons removed from a 15-win, 2019 season, which included a PSAC runner-up finish and a trip to the NCAA Division II Final Four.

Kutztown University men's rugby made history once again. Less than three months following its first national championship, KU had three former student-athletes get drafted in the top 10 of the first round in the Major League Rugby (MLR) professional draft last week.
Trent Rogers was selected seventh overall by New Orleans Gold, Kekoa Kauwe had his name called ninth overall by the Utah Warriors and Matt Gelhaus was picked 10th by Rugby Atlanta.
There were three rounds to the draft with 36 players to be selected for professional rugby. The MLR event was broadcast nationally on FS1 sports.

Persons with a disability, and who require accommodation, should notify the Disability Services Office two weeks prior to the event at 610-683-4108 or email DSO@kutztown.edu, TDD number: 610-683-4499, in order to discuss accommodations. Every effort will be made to provide reasonable accommodations. Please note: Kutztown University does not provide wheelchairs or other mobility devices.

Notify the university of an accessibility concern

Kutztown University does not discriminate in employment or educational opportunities on the basis of sex, race, ethnicity, national origin, age, disability, religion, sexual orientation, gender identity or veteran status. To discuss a complaint of discrimination, please contact the University’s Title IX Coordinator located in the Office of Social Equity, Old Main A-Wing, Room 02, by phone at 610-683-4700 or by email at pena@kutztown.edu or the Office for Civil Rights located in the Lyndon Baines Johnson Department of Education Bldg., 400 Maryland Avenue, SW, Washington, DC 20202-1100, by phone at 800-421-3481 (TDD: 800-877-8339), by fax at 202-453-6012, or by email at OCR@ed.gov.