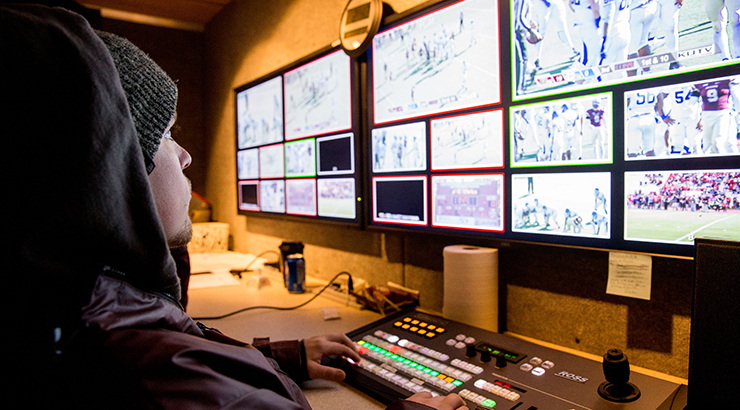 Each certificate requires only four courses to complete. The certificates emphasize hands-on learning and students can also complete many courses online.

"Some students have been very upfront in telling us, 'I just want to learn these skills,' and our faculty wanted to boil those down for them," said professor Michael Johnston, cinema, television and media production department chair. "Some students have a very specific skillset they want to learn. We are always looking at how the field is evolving and that is guiding what we teach and how we developed these skill-focused certificates."

The Digital Video Production certificate includes classes in audio production, scriptwriting, cinematography and post-production. Classes and experiences throughout the program teach skills required to produce a professional-looking video, from business commercials to short films, including knowledge of how to write, budget and hire a crew, to the final touches of sound design. This certificate introduces students to the step-by-step process of video production that will be useful in a broad scope of industries and workplaces.

According to Johnston, "With Digital Video Production, you have a lot of control over the final product. You’re able to control almost every aspect of what the audience sees and hears, as well as what they don’t. You really dictate how the audience is going to feel."

According to Johnston, "In television production, the event dictates how the audience feels and the television director or camera operator must anticipate the actions and create a compelling production in real time."

To learn more about cinema, television and media production programs or to enroll, visit their website or email lincoln@kutztown.edu.