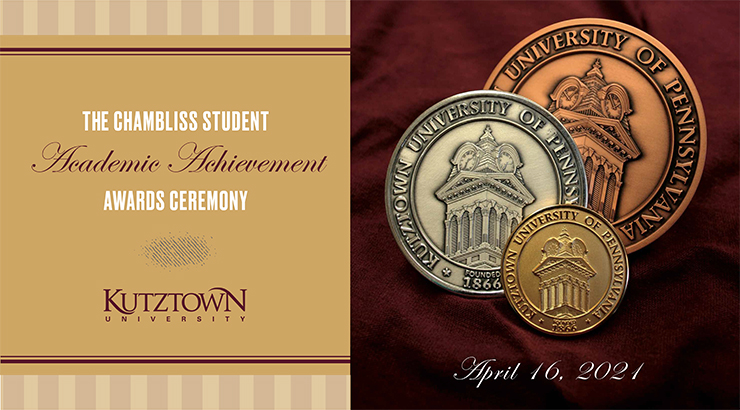 Students were nominated by university employees for meeting one or more of the six areas of achievement, which include: successfully completed research project(s), original artwork of high quality, artistic performances (music, chorus, drama, etc.) of high quality, original writing in literature or meritorious writing in other fields, noteworthy achievements in athletics and outstanding service to the Kutztown University community.

The Academic Achievement Awards were established in 2004 through a donation provided by Dr. Carlson Chambliss, KU professor of astronomy from 1970-2003. The purpose of the awards is to recognize the exceptional individual achievements of a select group of KU graduating seniors. Specially designed coin medallions of gold, silver and copper were presented to the students.

Additional information on the Chambliss Awards can be found here. 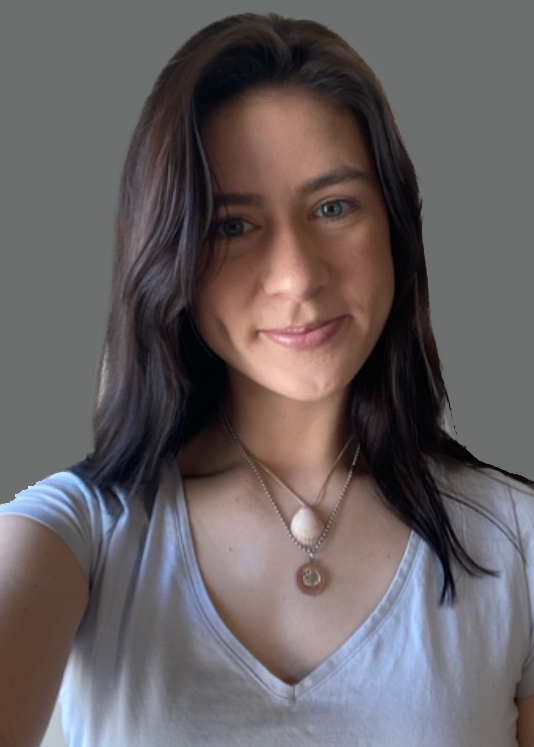 Caelan Brooks is a physics major graduating in May from Bear, Del. She is awarded the Chambliss Academic Achievement Award Gold Medal in the category of successfully completed research project. Brooks is a member of the KU Honors Program and has conducted high quality physics research that has led to innovations in two separate areas of physics: atomic molecular and optical (AMO) physics and biophysics, resulting in one peer-reviewed paper published and three more in development. Her work has been recognized by multiple awards and by acceptances into some of the top physics doctorate programs in the world. Brooks will continue her education at Harvard University. Her research in AMO physics is related to the study of ultracold atoms trapped in a ring-shaped lattice, for utility in precision sensing, simulations and information processing. Her first published paper clarified the coherent dynamics in such lattices, with the discovery of two distinct regimes of behavior. Her upcoming papers in development explore how a seminal model in physics, the Quantum Hall effect for electrons in magnetic fields, can be implemented with ultracold atoms in ring shaped lattices. The ability to do so will allow a novel way to simulate and test this seminal phenomenon in physics, which has been tied to several Nobel Prizes. Brooks' work in biophysics relates to modeling the replication of bacterial cells. She has created mathematical and computational models that accurately simulate and predict the behavior observed in the lab. In Summer 2020, Brooks earned a fellowship from Boston University's REU program, where she assisted a research group to investigate how collective behaviors emerge in groups of bacteria. Her work throughout the summer has led to a continued collaboration focused on how complexity arises in bacterial biofilms as a result of simple cellular interactions. Brooks is the recipient of multiple scholarships, holds a 4.0 GPA and is a scholar-athlete on the KU women's soccer team. 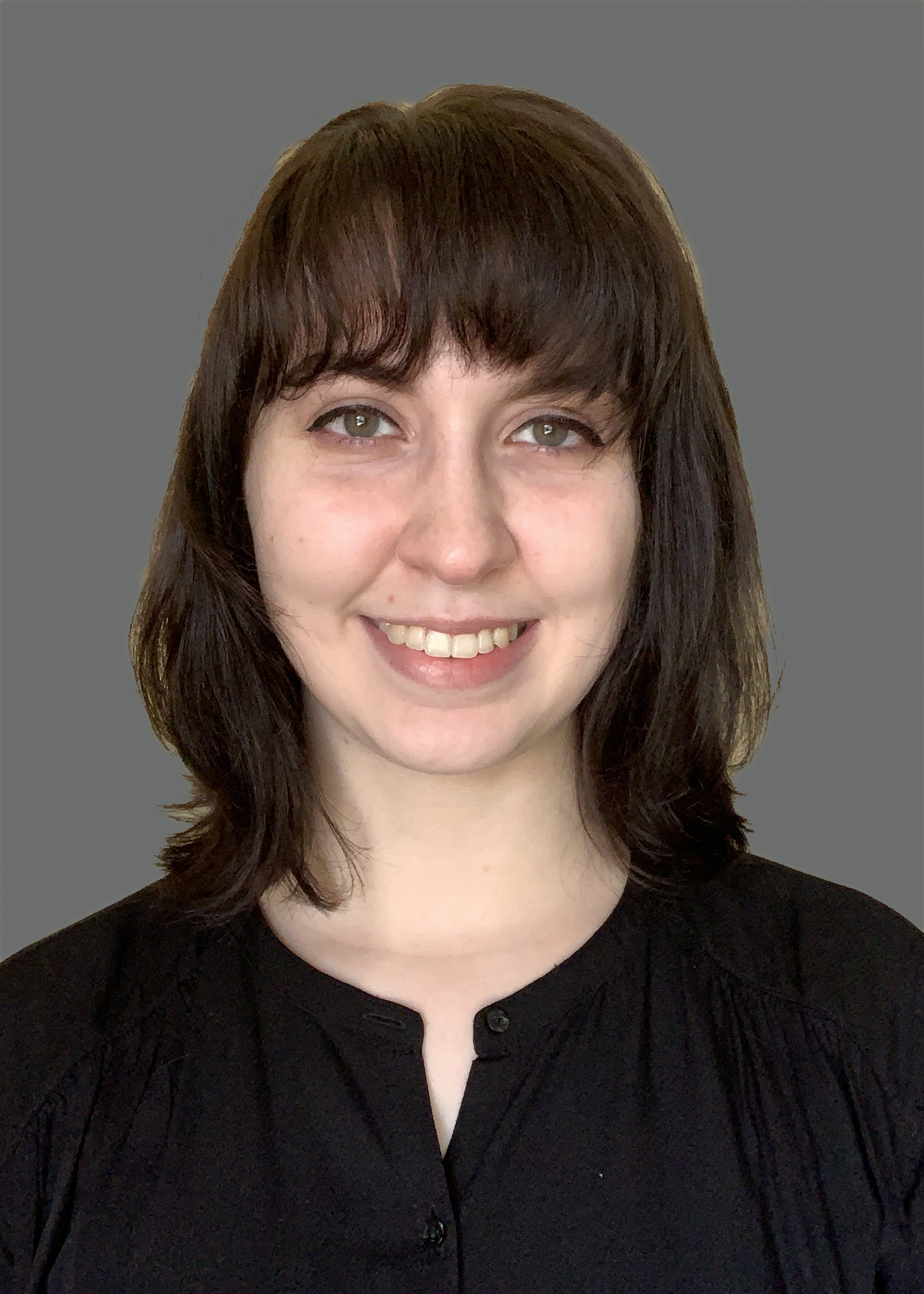 Erika Walter is from Langhorne, Pa., and graduated in December with degrees in art education and studio art with a minor in crafts. She is awarded the Chambliss Academic Achievement Award Gold Medal in the category of original artwork of high quality. Walter's work has been recognized in four juried exhibitions outside of Kutztown University; most impressively, her work was selected for juried shows that are open to professional artists. Among students, she received third prize in the division of "Honoring Women in the Arts" at the Yocum Institute for Arts Education Gallery in West Lawn, Pa. Walter says, "my figurative sculptures reveal the beliefs and sentiments that I acquire throughout my explorations of contemporary social conflicts concerning women and gender roles. My portrayals of the human body are paired with heavy materials in order to convey the physical, mental and emotional weights that encumber women daily." Her sculpture was selected by international artist Jean Shin to be shown in the 215|610 Contemporary Juried Exhibition at Delaware County Community College. She not only practices, but teaches art as a studio technician as she helps art students realize their projects and mentors underclassman learning the shop equipment. Her professionalism is touted by her professors for her efforts in the classroom and in the community. 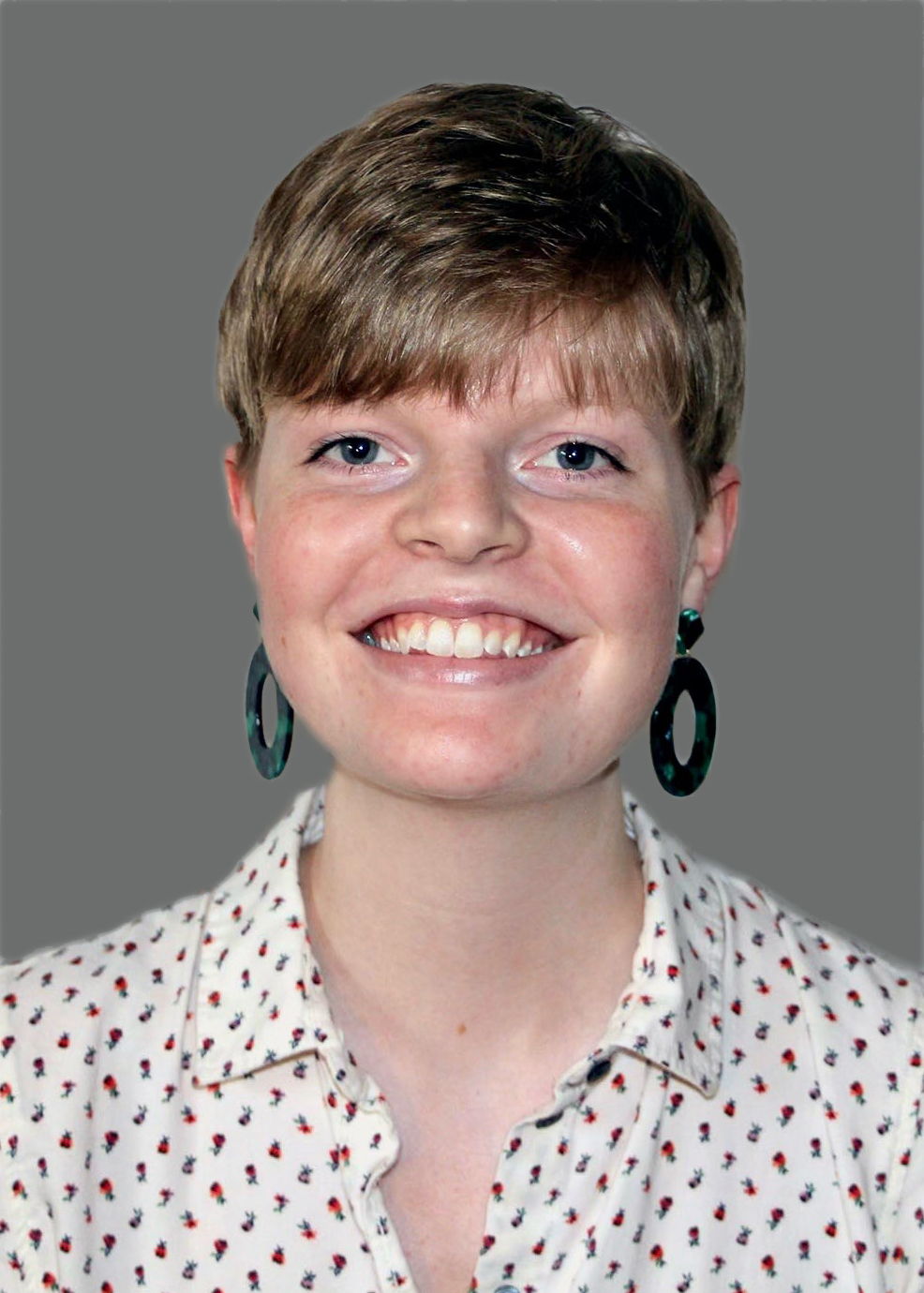 Samantha Evans is a chemistry and biochemistry major graduating in May from Kutztown, Pa. She is awarded the Chambliss Academic Achievement Award Silver Medal in the category of successfully completed research project. Evans has performed extensive research using KU's scanning electron microscope (SEM). She is touted by her professors for her problem-solving ability throughout the research process. She has proven original hypothesis for beam penetration identified in aluminum and magnesium peaks. She received a research grant from KU's Undergraduate Research Committee to present her abstract to the National American Chemical Society (ACS) Conference for a poster presentation. A first-generation student, Evans is a member of the KU Honors Program and has been accepted to multiple nationally-ranked graduate programs in chemistry. 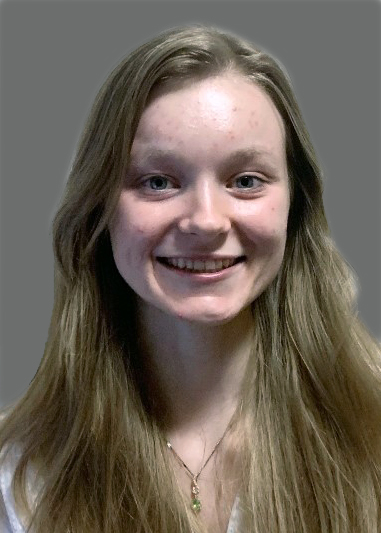 Emilie Laychock is a physics and astronomy major graduating in May from Hummelstown, Pa. She is awarded the Chambliss Academic Achievement Award Silver Medal in the category of successfully completed research project. Laychock participated in an exoplanet discovery project funded by the National Science Foundation. She spent 10 weeks during the summer of 2019 working as a research assistant at the MINERVA-Australis Observatory in Australia, a new, world-class astronomical observatory performing cutting-edge measurements of the masses of newly-discovered exoplanets. She tested the telescopes' capabilities to perform high-precision measurements of exoplanet candidates. After her assistantship, she continued her work in support of NASA's Transiting Exoplanet Survey Satellite (TESS) mission and contributed to the discovery of the TESS planet TOI-257b. She co-authored a peer-reviewed publication on the discovery and presented at the national astronomy conference in Honolulu, Hawaii. Laychock is a member of the KU Honors Program and served as president of KU's chapter of the Society of Physics Students. 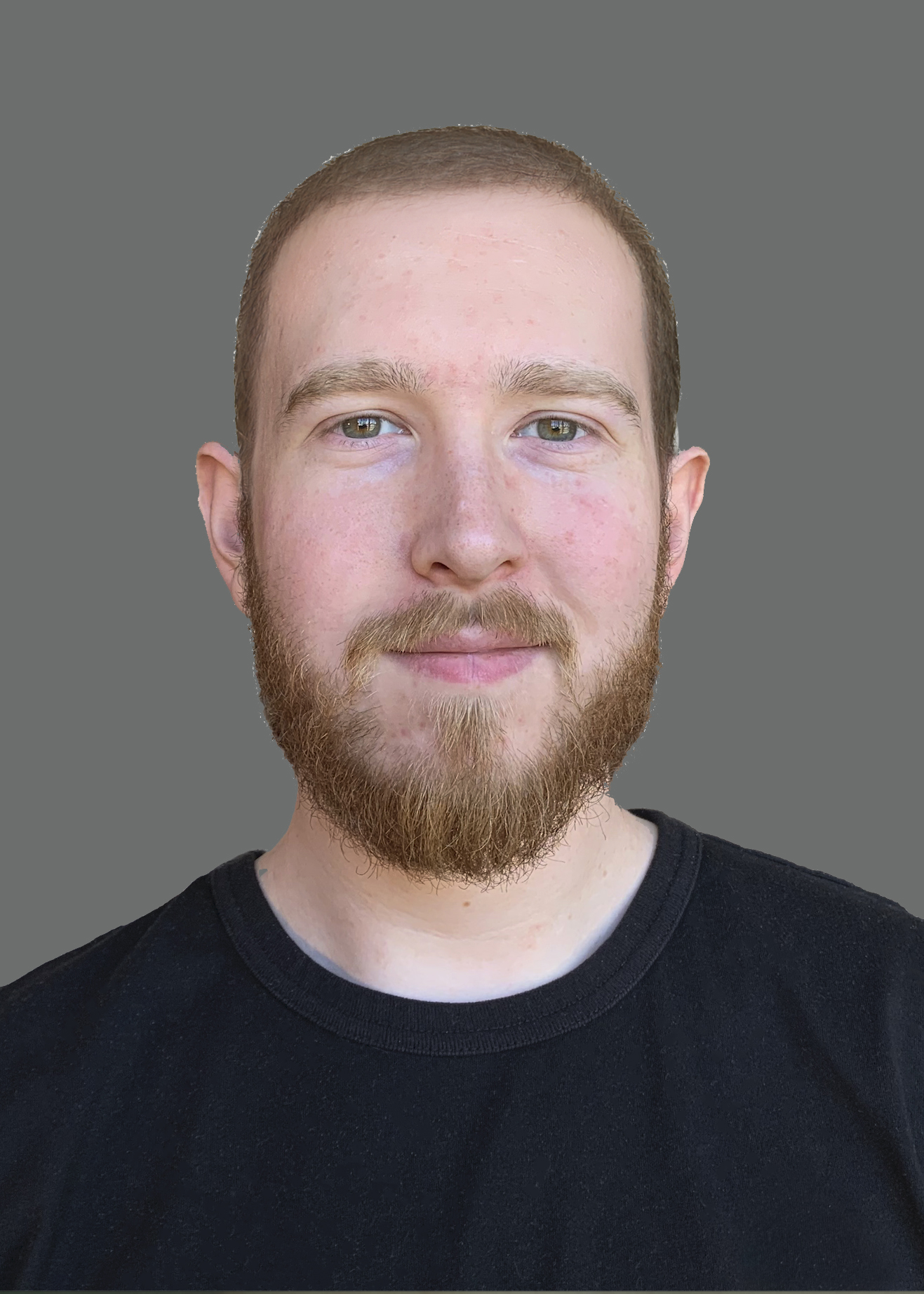 Thomas Messina is from Blandon, Pa., and graduated in December with a degree in communication design. He is awarded the Chambliss Academic Achievement Award Silver Medal in the category of original artwork of high quality. Messina has earned awards in multiple international competitions for his artwork. He earned second place against more than 200 international submissions in the 2020 Society of Publication Designers Student Competition for a two-page editorial spread, earning a summer mentorship with Michael Wilson, creative director of Made Visible Studio, along with a cash prize. He also was a finalist in the Communication Arts 2020 Design Competition, with nearly 3,000 international entries which includes both professionals and students. Messina was named a finalist for his editorial spread titled, "Inside the Mind of Virgil Abloh," and a 16-page magazine prototype titled, "Caravan." 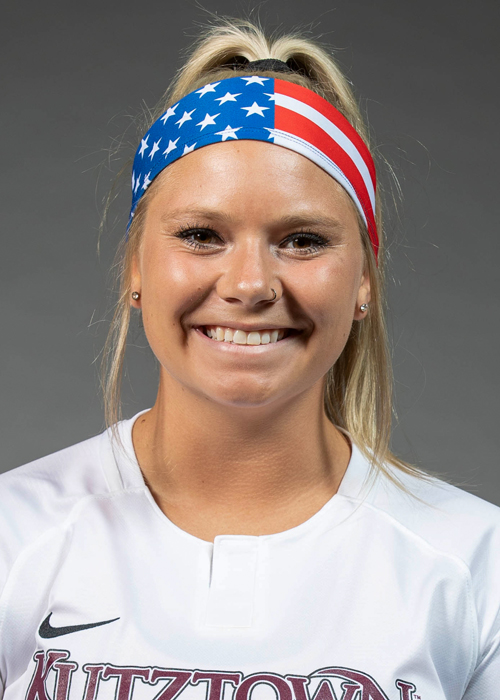 Madison Mohr is a sport management major graduating in May from Elizabethtown, Pa. She is awarded the Chambliss Academic Achievement Award Silver Medal in the category of noteworthy achievements in athletics. Mohr brought positive regional and national recognition to the KU women's soccer program through her combined on-field and classroom performance. She is a three-time All-American, including First Team honors as a sophomore as one of the 12 best players in Division II. She is a three-time First Team All-Region player, three-time All-Pennsylvania State Athletic Conference (PSAC) First Team, is a two-time Team MVP and was KU's Female Freshman of the Year in 2017. Mohr ranks fifth in school history with 28 career goals and seventh with 64 career points. She helped the Golden Bears reach the national semifinals for the first time in school history as a freshman, with three career NCAA Tournament appearances. She is a Dean's List student and a PSAC Scholar-Athlete. 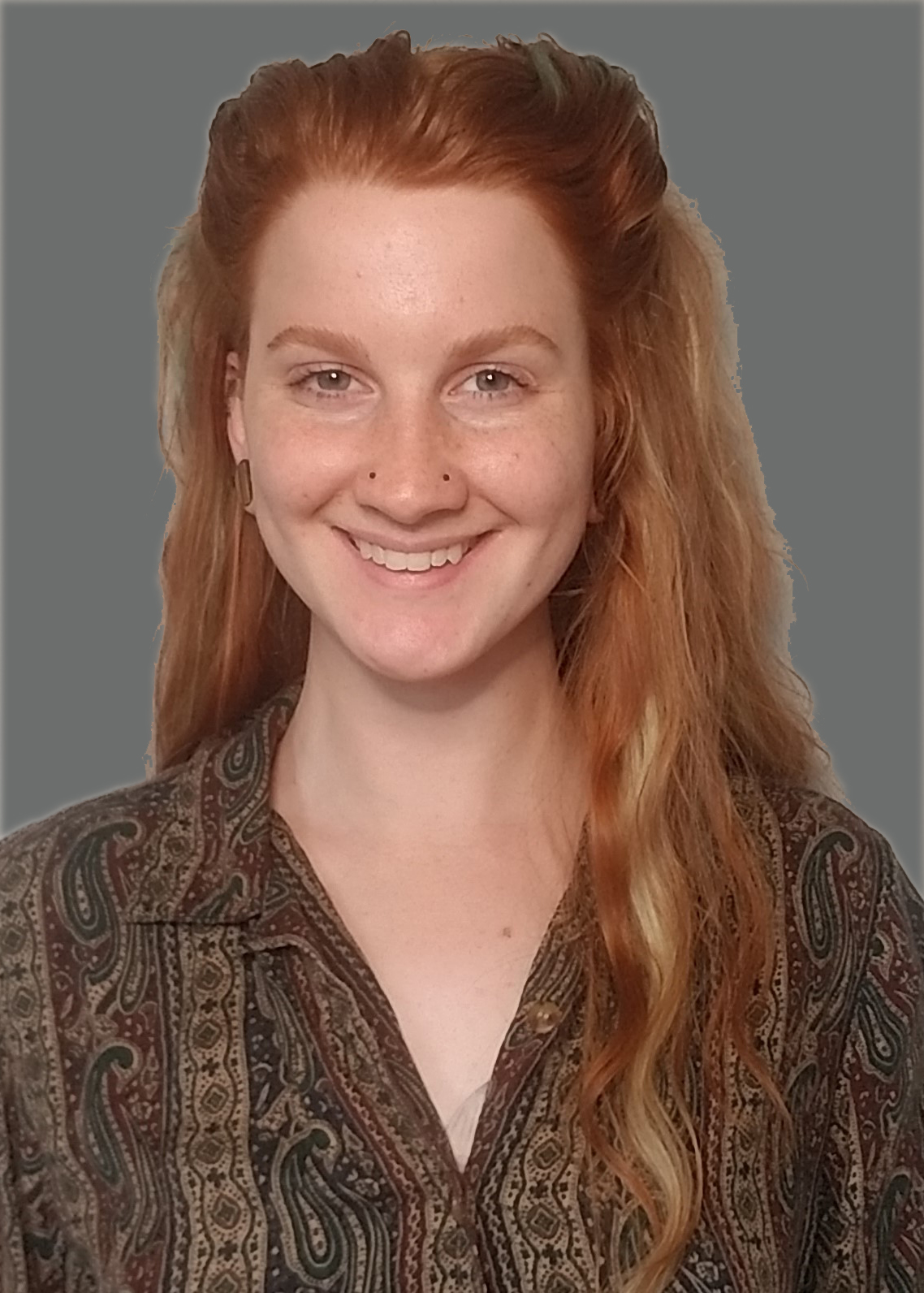 Claire Santa, from Breinigsville Pa., is an environmental science and biology major graduating in May. She is awarded the Chambliss Academic Achievement Award Silver Medal in the category of successfully completed research project. Santa's research spans four years at KU. Her research has taken her to the Utah desert for geological field work, where she mapped, sampled and analyzed rocks that contained microfossils of bacteria found on Utahraptor dinosaur bones. Santa presented her research at the national Geological Society of America meeting in Phoenix, Arizona. She's worked with scanning electron microscopes at both West Chester and Kutztown University and is involved in two additional research projects this spring. Her biological research is based on how soil bacteria and essential oils can be used to combat blight disease in tomatoes, instead of harsh pesticides. She has presented this research here in Pennsylvania and also in Cleveland, Ohio. She is also researching biofumigation methods to control parasites in organic swine production at the Rodale Institute. Santa is a member of the Botany Club and Geology Club. 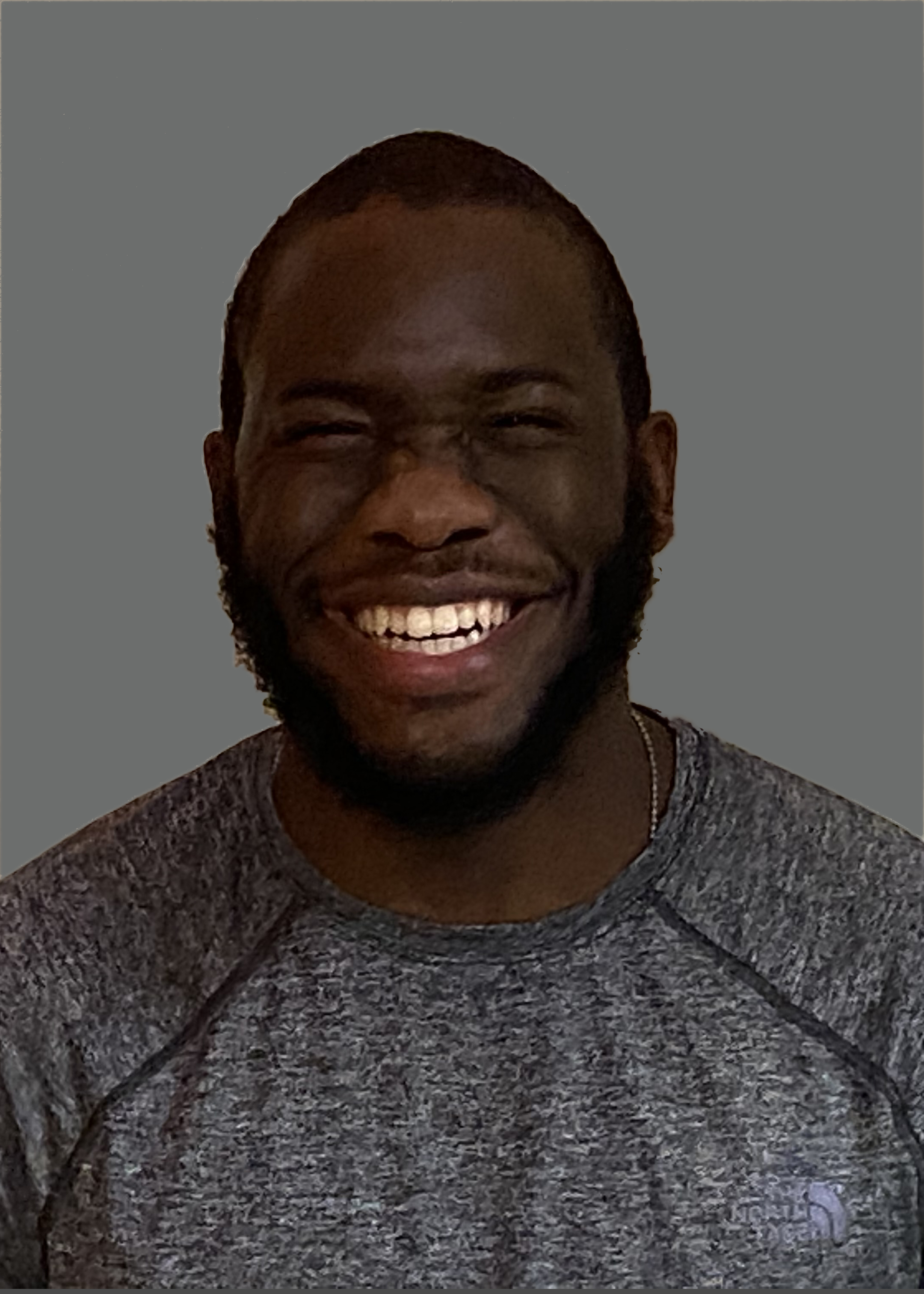 Jonathan Fernezan is a computer science/information technology major graduating in May from Allentown, Pa. He is awarded the Chambliss Academic Achievement Award Copper Medal in the category of outstanding service to the Kutztown University community. Fernezan is a student veteran of distinction. He has served in the U.S. Army Reserve since 2014 as a multichannel transmission systems operator and enrolled at KU in 2017 after one year of active duty in the Middle East. Since his time at KU, Fernezan has added value and contributed to the success of many university organizations, academic clubs and community organizations. He serves on the KU Student Conduct Review Board, is a computer science student ambassador and secretary of the esports club. He also worked with Facilities as an IT intern, is a computer/network technician at ResNet, tutor for the computer science department, had two internships with Guardian Life Insurance as a network engineer, is a volunteer firefighter and is chair of the IT committee for his fire department. Fernezan was awarded the American Legion 2020 Veterans Scholarship, the Army Achievement Medal and has been accepted into the Alpha Tier of SALUTE Veterans National Honor Society, the highest tier of recognition. 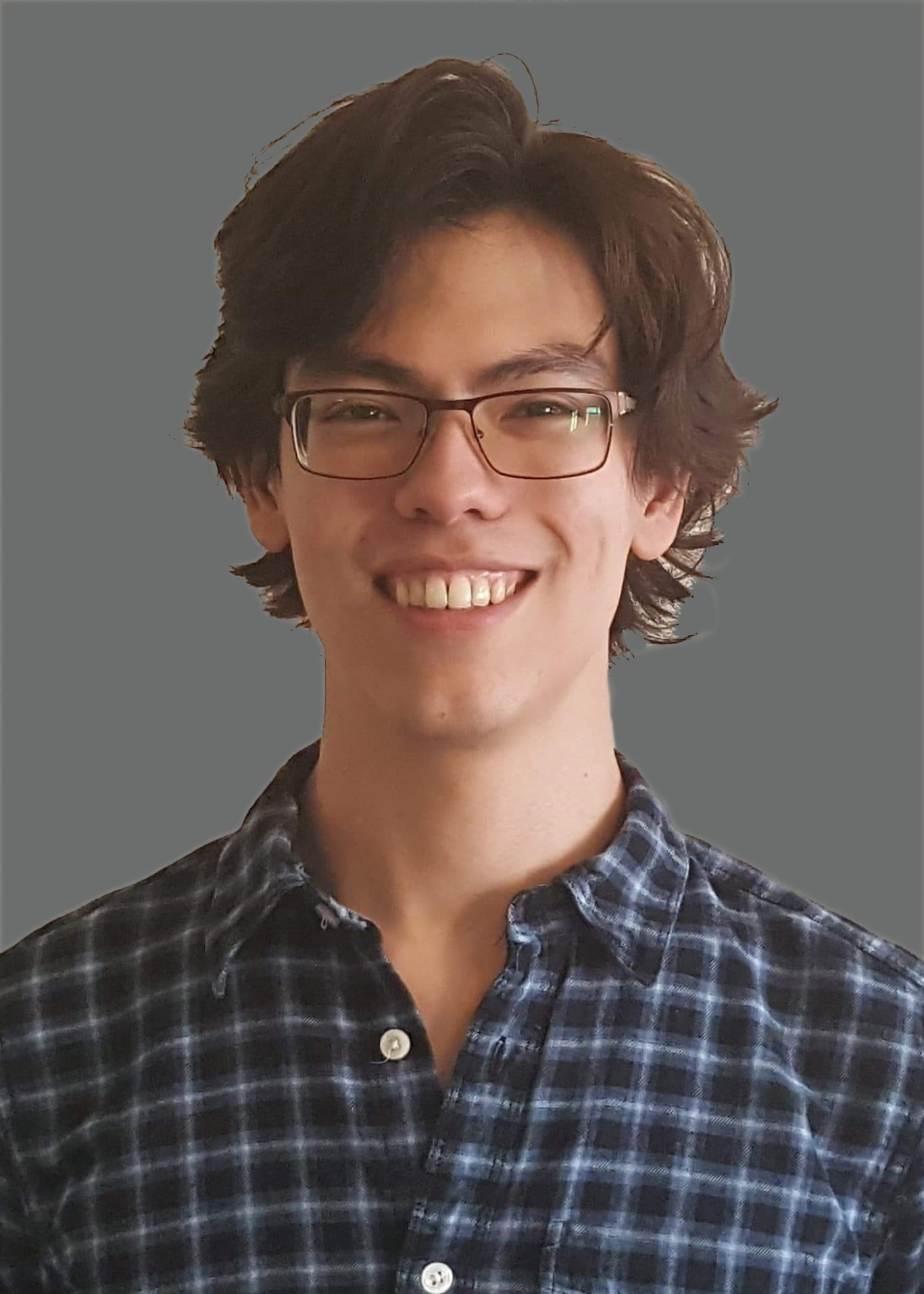 Takumi Hawes is a chemistry and biochemistry major graduating in May from Albrightsville, Pa. He is awarded the Chambliss Academic Achievement Award Copper Medal in the category of successfully completed research project. Hawes completed a biochemistry research project in which he discovered a way to enhance the function of a protein molecule that regulates apoptosis (programmed cell death). Apoptosis is a process in all animals that safely removes unneeded or potentially harmful cells. Mis-regulation of apoptosis occurs in cancer (too little apoptosis) and many neurodegenerative diseases (too much apoptosis). In his research, Hawes discovered that self-associating an IAP (inhibitor of apoptosis protein) into a dimer enhanced its ability to inhibit caspase enzymes, which themselves cause apoptosis. This finding suggests that other caspase inhibitors, including those being developed as therapeutics, could likewise be enhanced by dimerization. Hawes presented his original results at the National American Chemical Society meeting in April 2020 and had his abstract accepted for presentation at the American Society for Biochemistry and Molecular Biology meeting in February 2021. Hawes is a member of the KU Honors Program and has twice been named the Department of Physical Sciences Standout Student. 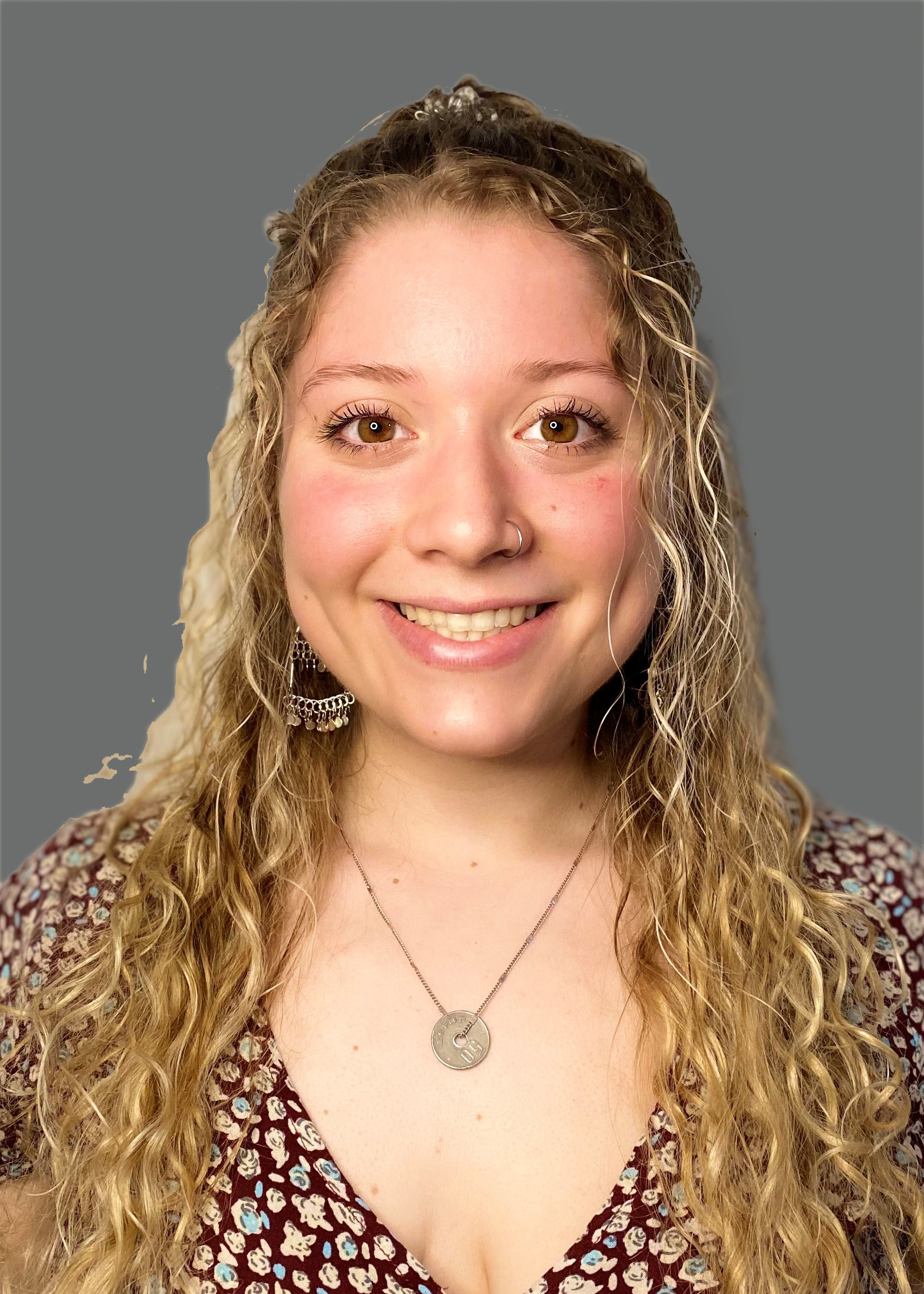 Giuliana Simmens is an environmental science major with a focus in geology and education minor, graduating in May from Princeton Junction, N.J. She is awarded the Chambliss Academic Achievement Award Copper Medal in the category of successfully completed research project. Simmens spent three years as an undergraduate research assistant to assist on a National Science Foundation grant to explore the impact of student-produced audio narratives in introductory level geoscience courses. She organized all the logistics required for the dissemination of pretest and post-test versions of the Questionnaire Assessing Connections to Science to faculty participants and processed more than 400 completed questionnaires each semester via manual entry. To expand on the quantitative data, she independently collected and analyzed 20-60-minute semi-structure interviews from both student and faculty participants. She performed three separate qualitative data analyses, which were then used to verify and deepen the understanding of the effect of the student produced audio narrative experience on participants. Simmens presented this data at two science conferences, one of which she received a grant from the Undergraduate Research Committee to attend. She was a co-author on a paper submitted to the Journal of Geoscience Education, a peer-reviewed publication for geoscience education research, and several others.