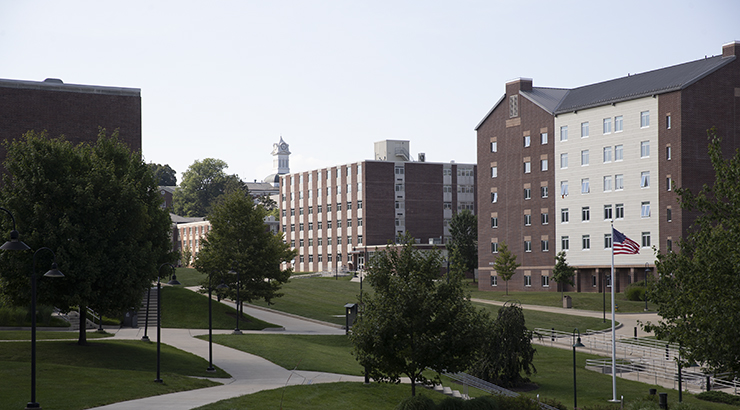 KUTZTOWN, Pa. – Kutztown University was recently named to Washington Monthly’s 2019 America’s Best Colleges for Student Voting. KU was among 80 schools to be recognized from a pool of nearly 1,500 colleges and universities. This is KU’s second-straight year of inclusion in the annual rankings.

A part of Washington Monthly’s College Guide and Rankings – which rates colleges and universities on their contributions to social mobility, research and public service – this is a first-of-its-kind list of the schools doing the most to turn students into citizens. KU’s inclusion on the list demonstrates the commitment Kutztown has made to promote civic engagement among the student body, encouraging students to vote and actively participate in community decisions.

Kutztown was 1-of-3 institutions named from the Pennsylvania State System of Higher Education, including California University (PA) and Millersville University.

According to Washington Monthly, only 20% of 18-29-year-olds cast ballots in 2014 midterms, a record low. The national turnout that year was 37%. The youth turnout rate in 2016 was 46%, much higher than during the midterms, but still 15% less than the overall rate and 24% less than turnout among people over 70.

Kutztown participates in the National Study of Learning, Voting and Engagement (NSLVE), which offers colleges and universities an opportunity to learn their student registration and voting rates. KU also participates in the ALL IN Campus Democracy Challenge, a national, nonpartisan awards program recognizing colleges and universities for improving civic learning, political engagement and student voting rates.

Schools are graded on a five-point scale. They receive one point for each of the following metrics they check off – Kutztown was 1-of-80 schools to have a perfect score: