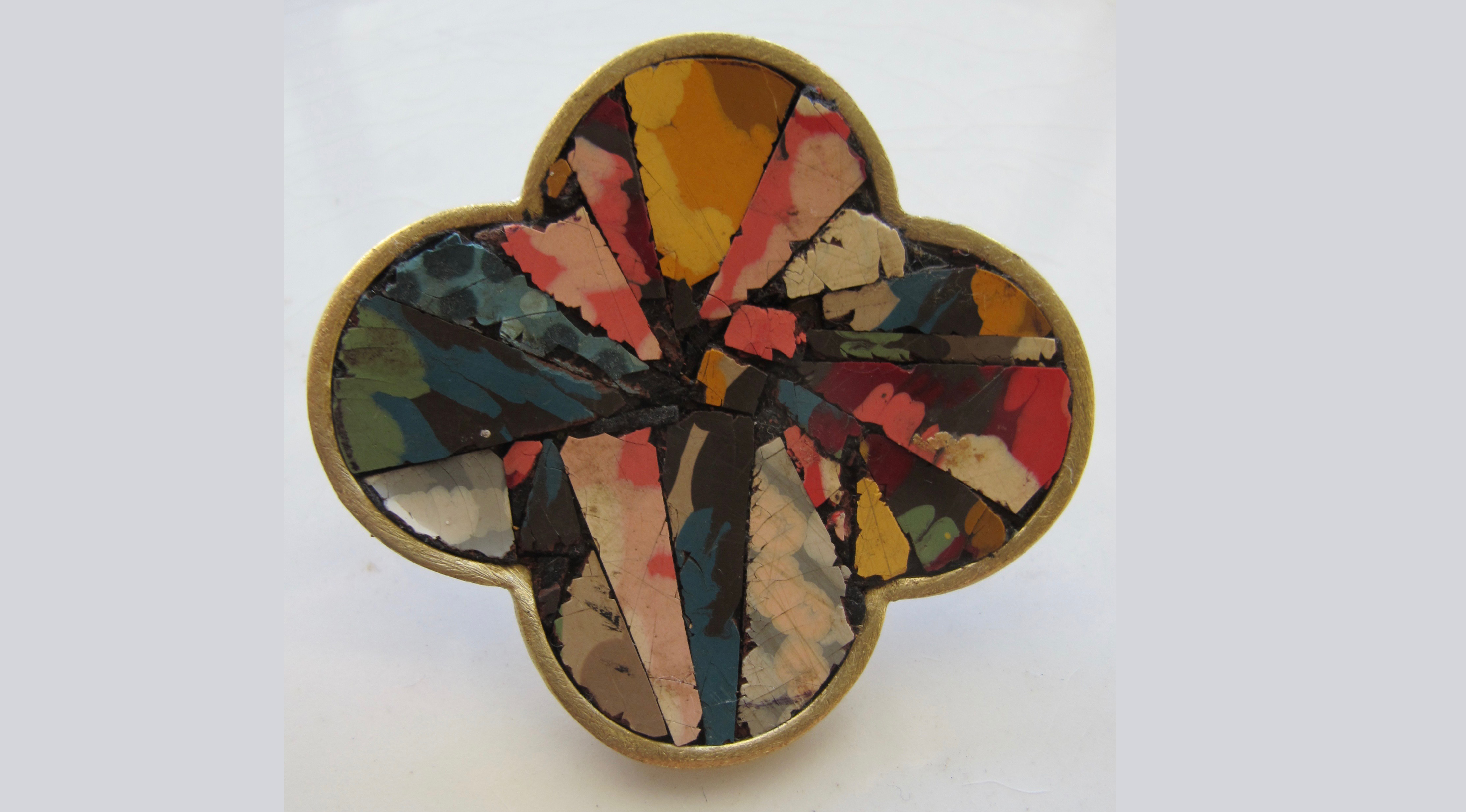 KUTZTOWN, Pa. – Kutztown University adjunct faculty for Foundations within KU's Department of Art Education, Janna Gregonis, will be featured as one of five American artists at the 61st annual SCHMUCK Exhibition in Munich, Germany.

Of 802 goldsmiths and jewelry designers from more than 60 countries who applied to take part this year, only 63 artists were chosen to feature in the exhibition. Current pieces by these artists will be on display at the Handwerk & Design show from March 11-15, at the Munich Trade Fair Centre. SCHMUCK is the oldest exhibition of contemporary jewelry work in the world. It has taken place annually since 1959, during the International Trade Fair.

Along with the induction of her pieces into the event, Gregonis is a finalist for the Herbert Hofmann Prize. Named for art historian Dr. Herbert Hofmann, who founded SCHMUCK more than 60 years ago, the title is a “best in show” prize for all art pieces included in the exhibition. Allowing Gregonis’ work to be admired more widely, the show will also be presented at the Museum Centre del Carme in Valencia, Spain, this summer.

"SCHMUCK is the goal of contemporary jewelers across the world. Being chosen is one of the highest achievements within my field. SCHMUCK is primarily comprised of European participants and to be one of the few American this year is truly an honor,” Gregonis said.

During the 2019 SCHMUCK events, Gregonis coordinated a reception with the U.S. General Consul in Munich for Americans who traveled to Germany for the show. She also had an off-site exhibition in Munich.

Gregonis’ current work and pieces featured in the event explore post-war American floor coverings and patterns. The floor coverings were inexpensive patterns, mimicking luxurious carpets with magnificent colors and patterns. Often overlooked and viewed as utilitarian, she has extracted the colors and patterns from the flooring to create a series of brooches. They are created as a reaction to the growing consumerism of the world. She collects linoleum flooring often found during home renovations.

Gregonis received a Bachelor of Fine Arts in crafts from Kutztown University in 1996, followed by a Master of Fine Arts in metal design from East Carolina University in Greenville, N.C., in 2000. She has been returning to teach at Kutztown University since 2002, continuing to mentor students at KU, the Baum School of Art in Allentown, Pa., 92Y Art Center in New York, N.Y. and Penland School of Craft in Penland, N.C.

Her work has been featured in exhibitions and collections in North and South America and now across Europe. Her work is included the Bresler Collection in Rockville, Md., and Museum of Brazilian Object Sao Paulo, Brazil. Gregonis is very active on the New York City Jewelry Week Advisory Board and KU's Art Society, where she serves as the secretary.

To take a class with Gregonis or learn more about KU art education programs, contact department secretary Tracy Reidenhour at treidenh@kutztown.edu or 610-683-4520.