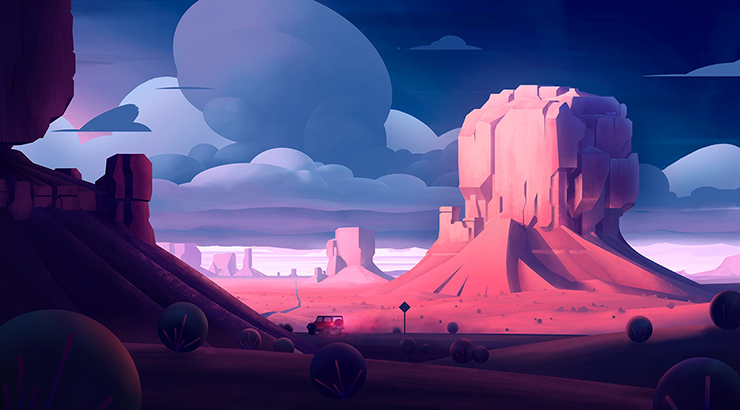 KUTZTOWN, Pa. - The 97th Scholastic Art and Writing Awards at Kutztown University, originally scheduled for Sunday, March 22, has been canceled. Presented by the nonprofit organization, the Alliance for Young Artists & Writers, the Awards are the country's longest-running and most-prestigious scholarship and recognition program for creative teens in grades 7-12. Students from 27 schools in Berks, Carbon, Lehigh and Northampton counties received local honors from our regional jurors, including Gold Keys, Silver Keys and Honorable Mentions. Our Gold Key winners go on to compete nationally.

Original release, issued Feb. 26, can be found below.

Presented by the Alliance for Young Artists and Writers, Kutztown University will host the 97th Scholastic Art and Writing Awards at 1 p.m., Sunday, March 22, in Schaeffer Auditorium.

The Scholastic Art and Writing Awards are the country's longest-running and most-prestigious scholarship and recognition program for creative students in grades 7-12. In celebration of this year's regional award recipients, an exhibition and awards ceremony will take place at KU.

“This is our second year hosting the jurying, exhibition and ceremony for our region’s Scholastic Awards," said Karen Stanford, director of Kutztown University Galleries and Community Outreach. "We continue to be blown away by the talent in our area. Our local art teachers should be commended for their tireless dedication and the students should be proud of the work that they entered for this competition, even if they did not receive an award this year.”

Stanford works alongside longtime affiliate director, Dennis Danko, to bring the exhibit and ceremony to Kutztown University. This year, nearly 365,000 works of art and writing were submitted to more than 100 affiliate partners across the country. Creative teens from schools across Berks, Carbon, Lehigh and Northampton counties received regional honors, including Gold Keys, Silver Keys, and Honorable Mentions from the local affiliate. Five students are awarded with the American Visions Awards nomination; they represent the best of the exhibit. One will be recognized at the national level.

“Having your work jury-selected and perhaps given an award proves that you have talent for success in the visual arts,” said Danko. “We applaud your imagination and skillful creations.”

Josephine Amato from Emmaus High School received four Gold Keys and a Silver Key for her ceramics under teacher Lisa Caruso. She also received an American Visions award for vessel titled, 1588. Senior Nate Garcia was also awarded an American Visions award for the second year in a row. They join 80 other awardees from Emmaus. A huge accomplishment for teachers Tracy Maley, Lisa Caruso, Katie Pfenniger and Alexis Soboleski.

Lauren Posey from Exeter Township Senior High School took home 10 awards for her painting, photography and drawing. 25 awards were given out to Exeter students studying under Christine Pinkerton.

Ben Migliore from Lehigh Valley Charter High School for the Arts took home an impressive 27 awards for his paintings and digital art under Michael Fickes. 76 awards were given out to the students at the Charter Arts High School.

Sara Steigerwalt from Nazareth Area High School won five awards, including three Gold Keys and an American Visions Award nomination for her photography. Steigerwalt is the only student winner from Nazareth High.

Since the program's founding in 1923, the awards have fostered the creativity and talent of millions of students and garnered a distinguished list of alumni including Andy Warhol, Truman Capote, Richard Avedon, Philip Pearlstein, Sylvia Plath, Stephen King, Richard Linklater, Zac Posen and Lena Dunham, all of whom received recognition in the Awards when they were teens.

"We partner with an amazing network of Affiliate Partners who bring the program to life by recognizing and encouraging creative teens across America," said Virginia McEnerney, executive director of the Alliance for Young Artists & Writers. "Over the course of the program’s nearly century-long history, we’ve learned that this recognition can be life-changing. For many creative teens, their regional Scholastic Award leads to recognition at the national level, where opportunities for exhibition, publication, and millions of dollars in scholarships await those who receive top honors."

For Gold Key works of art and writing, 29 categories of submissions include architecture, painting, printmaking, video game design, photography and more. The opportunities for recognition will continue when the works are juried again on a national level by a panel of leading creative professionals. 85 students from our region will go on to compete at this level with talented teens from across the country.

National Gold Medalists will be announced in March and will be honored during a special awards ceremony at the world-famous Carnegie Hall in New York City in June. All National Medalists are eligible for a wealth of additional opportunities such as inclusion in the Art.Write.Now.Tour traveling exhibition, monetary awards and scholarships.

Visit the Arts and Writing website for a complete list of the 2020 regional Gold Key Scholastic Art & Writing Awards recipients. For more information about the Alliance for Young Artists & Writers, please visit the Scholastic media room.