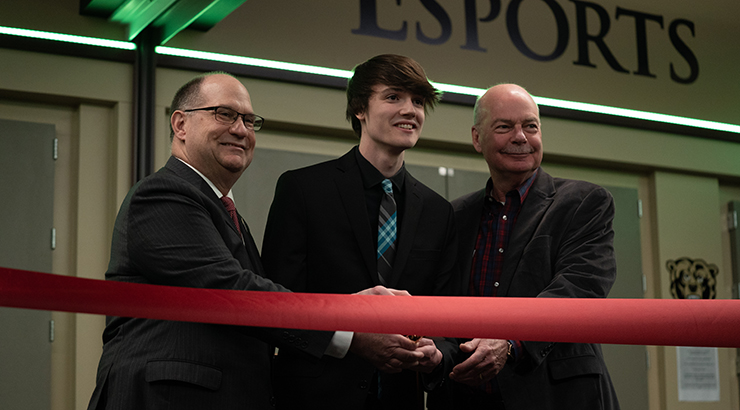 Personalized Xpression Gaming Chairs from ZipChair feature the KU esports logo, fully-recline, have memory foam pillows for the back and head and fully-adjustable arms with gel cushioning.

The project cost approximately $250,000, funded by the MSU fee paid by all students.

"Today marks the culmination of the creation of a home venue for our Esports Team, which has been a part of our campus since 2018," said Kutztown University president, Dr. Kenneth S. Hawkinson. "The boom of esports across the country was the impetus for us to invest in a state-of-the-art facility at KU."

The space is available daily from 8 a.m. to 5 p.m. for open gaming.

"Ever since I started playing games competitively around 2012, a project such as this has been a dream of mine," esports student club president Connor Ellis said. "Everyday, to stand in this room is truly a living dream to me – it is truly surreal."

More than 170 colleges and universities currently participate in eSports nationwide.

For more information and how to get involved, contact Ellis at celli788@live.kutztown.edu.