KU Women's Center Continues Partnership, Receives Grant from National It's On Us Campaign 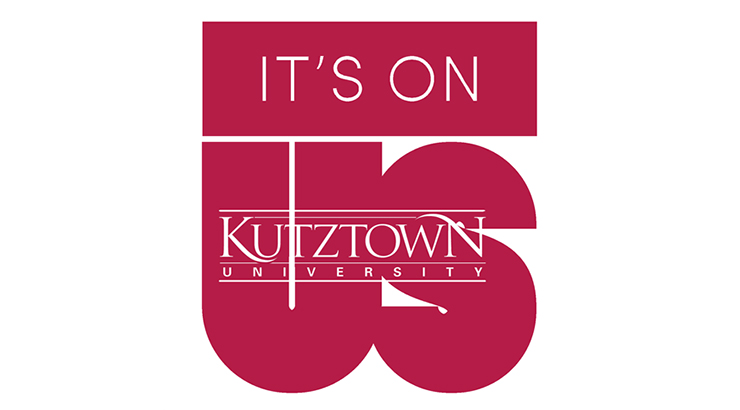 KUTZTOWN, Pa. - The Kutztown University Women's Center will continue its support of the national It's on Us initiative. KU has been awarded a grant from It's on Us for the third-straight year to prevent and respond to sexual assaults.

38 postsecondary institutions were selected for grants at a press conference at the State Capitol on Jan. 9, by Governor Tom Wolf. The 2018-19 It's On Us PA recipients include public and private, 2-year and 4-year institutions in every corner of the state, and include 18 first-time It's On Us PA grantees.

The It's On Us PA statewide campaign was launched by Governor Wolf in 2016, and was built on the momentum of the national It's On Us movement championed by President Obama. The state initiative invites everyone to take the It's On Us PA pledge and play a role in ending sexual assault.

Colleges and universities applied for funding to establish programs ranging from campus-wide training for students, faculty and staff to institutional campaigns to raise awareness and understanding of the reporting process and resources available to and rights of survivors of sexual violence.

"I believe that It's On Us has given students throughout Pennsylvania and the northeast the tools and skills necessary to advocate for survivors and affect change surrounding the culture of campus sexual violence," said Michael Blichar Jr., Northeast Regional Advisor for It's On Us and a Kutztown University student. "It is It's On Us student leaders who are creating the groundwork needed to end sexual violence once and for all."

"Since launching It's On Us Pennsylvania in 2016 Governor Wolf and his administration have set a new standard for states across the nation in combating campus sexual assault," said Tracey Vitchers, It's On Us Executive Director. "Pennsylvania's leadership on this issue should serve as a model for state governments across the country, and a reminder that fighting sexual assault in our nation's educational institutions requires bold, forward-thinking investments that ensure safe learning environments for all."

For more information on the It's On Us program at Kutztown University, contact Christine Price, Director of the Women's Center and GLBTQ Resource Center, at price@kutztown.edu.