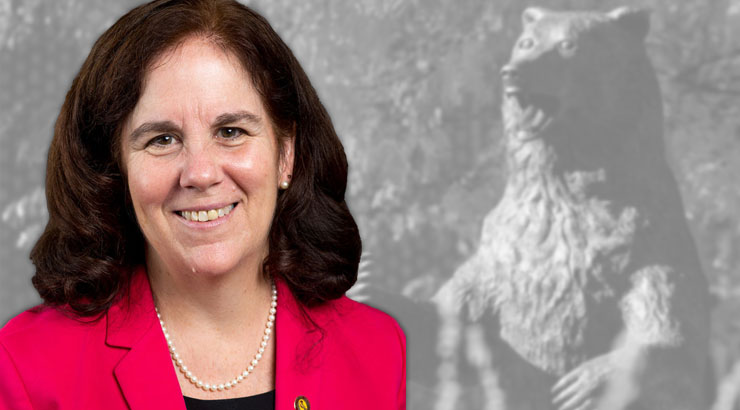 KUTZTOWN, Pa. – Dr. Anne Zayaitz, provost and vice president for academic affairs at Kutztown University, has announced her retirement effective Jan. 2, 2021. Zayaitz will step down after 36 years of service at KU.

Zayaitz serves as the university's chief academic officer, a member of the president's cabinet and has been second-in-command for the institution since March 2015, when she was named acting provost. University president Dr. Kenneth S. Hawkinson named Zayaitz to the position permanently May 5, 2016. She serves as the main advocate for student success and the pursuit of academic excellence, with oversight of educational, scholarly service and research initiatives throughout the division of Academic Affairs. She has oversight of the university's academic colleges and undergraduate, graduate and doctoral programs.

"I want to thank Dr. Zayaitz for her outstanding career of dedicated service to Kutztown University and specifically for her role as provost during my five and a half years as president," Hawkinson said. "It is amazing to think of the number of students and other members of the university community Dr. Zayaitz educated and guided during the last three and a half decades. I have said before that she has a long-career of demonstrated high character and always exhibited a strong caring and concern for the institution and its students. That is evident in her approach to her work each and every day. I have little doubt that her love for, and dedication to, KU will not end with retirement."

Zayaitz has been a member of the Kutztown University community since 1985, when she joined the faculty in the Department of Biology. She taught various biology courses at KU for 14 years, advancing to associate professor. During that period, Zayaitz regularly advised more than 70 students, helped secured more than $300,000 in grants and served as the university ombudsperson. Zayaitz moved to the administration in 2008 as interim associate dean of the College of Liberal Arts and Sciences, assuming the permanent role in the university’s largest college in 2009. She became interim dean of Liberal Arts and Sciences in 2009, and was promoted to the permanent role in 2011.

"I have had the honor and privilege of serving the Kutztown University community and working with so many dedicated and caring individuals," Zayaitz said. "Students have always been my focus and the center of my decision-making and actions; their stories are inspiring. I look forward to learning about and celebrating Kutztown University's future successes."

Zayaitz has served on many committees at KU through the years, including chair of the vice president for enrollment management and student affairs search, Women's Center Advisory Board, Commission on Human Diversity and the University Safety Committee. She was an advisor to the Best Buddies student organization.

In the community, Zayaitz serves on the board of Communities in Schools of the Lehigh Valley, Berks Workforce Development Board and East Penn Neighbors Helping Neighbors.

A native of Emmaus, Lehigh County, Zayaitz has a son, John, a daughter, Margaret, and four grandchildren, Anna, Quincy, Sophia and Jonah.

Hawkinson plans to announce a succession plan for the provost position in the near future.