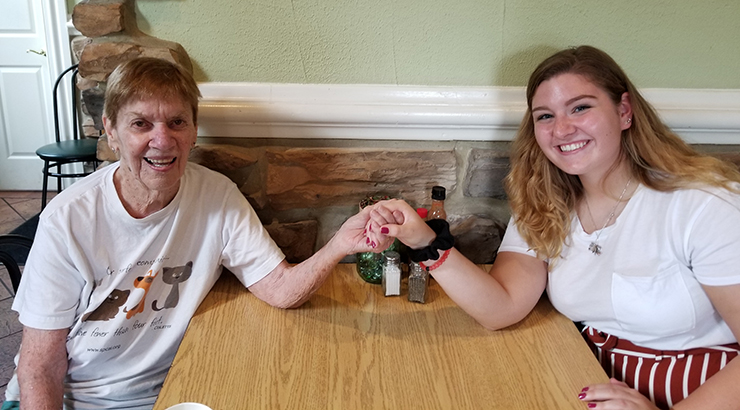 Gundry established the Dr. Constance P. Dent and Dr. Ann T. Gundry Distinguished Speaker Series in collaboration with the Kutztown University Women’s Center and Women, Gender and Sexuality Studies program. This gift will provide funding to bring internationally-known speakers to KU whose area of expertise and personal experience are relevant to current topics and have a connection to women and gender initiatives.

“The gift from Dr. Gundry to create the Dr. Constance P. Dent and Dr. Ann T. Gundry Distinguished Speaker Series is a transformative gift that will positively impact our students, faculty and staff,” said Dr. Anne Zayaitz, provost and vice president for Academic Affairs. “The funding will enable us to bring distinguished keynote speakers to campus who will educate, enlighten and inspire our students and enhance their overall academic and student life experience. We are grateful for Dr. Gundry’s generosity and vision.”

In addition, Gundry established endowed scholarship funds for women’s tennis and to benefit students in the Women, Gender and Sexuality Studies program.

All of the gifts were given in memory of Gundry’s late spouse, Dent, who was a professor of psychology at KU for more than 30 years. Dent died in May 2018, at the age of 95.

Before Dent’s death, she and Gundry established the Mary Ogletree Endowed Scholarship in July 2017. The gift was made in honor of the recent retirement of Dr. Mary Ogletree, professor emerita of violin/viola and music theory, and benefits music majors who play a string instrument.

Gundry was the first director of the Department of Women’s Studies at Kutztown University and was director of the KU Women’s Center from 1991 until her retirement in 2004. She has remained an avid supporter of the center, women’s studies and women’s intercollegiate athletics at KU.

She is a charter member of the Reading Chapter of the National Organization for Women.

Dent earned three degrees in psychology, a bachelor’s from Bucknell University, Lewisburg, Pa., a master’s from Temple University, Philadelphia, and a doctorate from the Pennsylvania State University, State College. She was a professor of psychology at KU for 32 years and co-founded the university’s Department of Women’s Studies. She was the founder of the KU Women’s Awareness Group, predecessor to today’s Feminist Majority Leadership Alliance.

Dent was also the co-founder of the Berks County Prison Society. She and Gundry both volunteered in several prison programs.