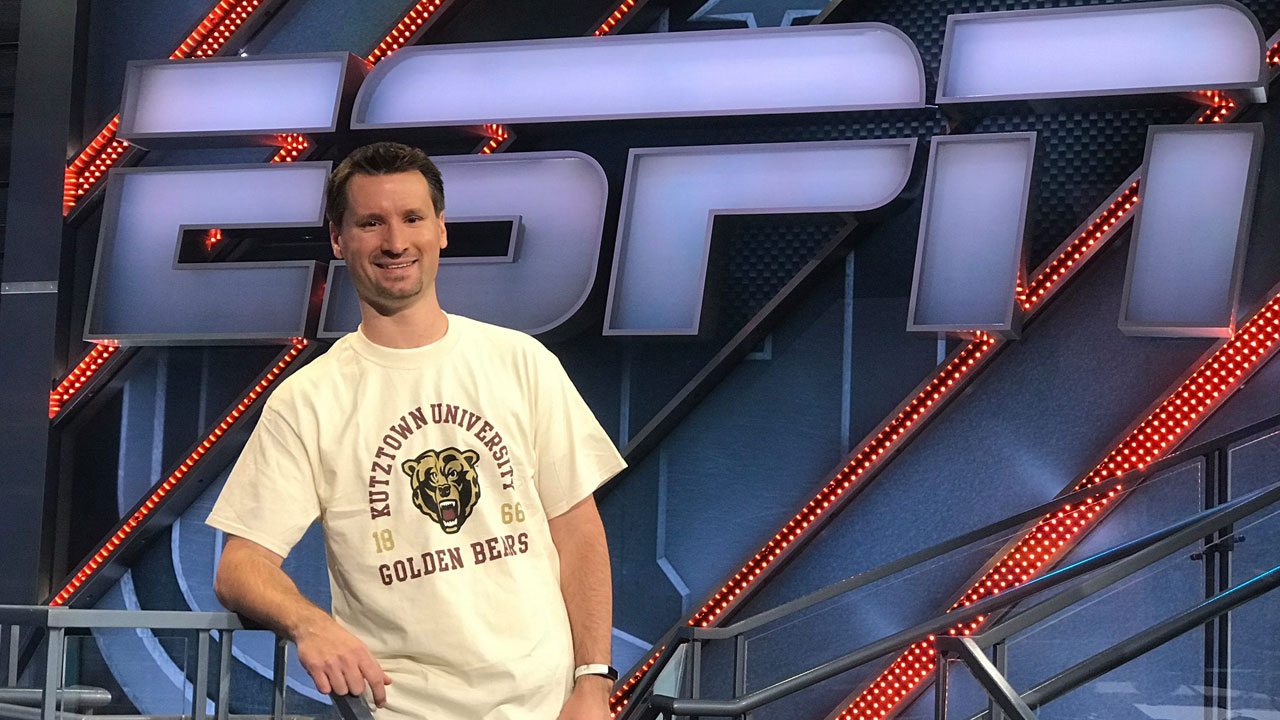 Twelve years ago, Mike Clay ’07 walked across the stage at O’Pake Fieldhouse with a freshly-minted accounting degree and job awaiting him in the field. He always considered himself a math and numbers guy.

Clay’s ongoing passion for sports –a fanatic of most major pro and college sports since his early youth—and academic pursuits synchronized perfectly with the rise of the fantasy sports industry in America. Two years after graduating from Kutztown University, in 2009, Clay created his first fantasy football website. A year later, he launched the Pro Football Focus Fantasy section. By 2016, ESPN came calling. 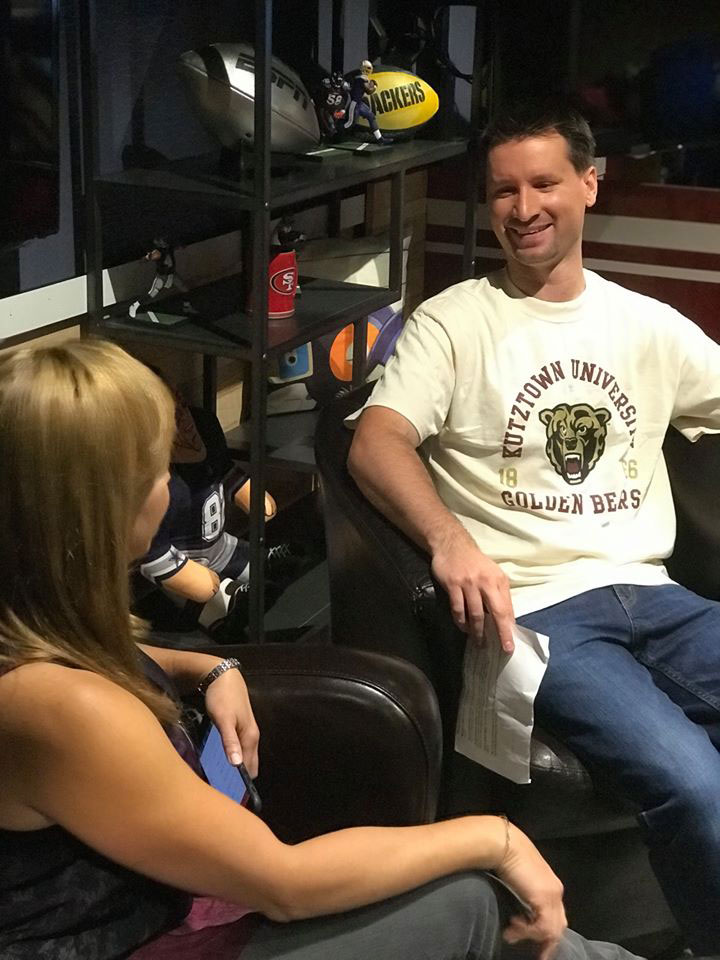 “The last decade has been a whirlwind,” said Clay. “My first exposure to ESPN came a few years before I was actually hired. I contributed to ESPN.com on the side while working at Pro Football Focus Fantasy and was fortunate to meet with executives like Keith Lipscomb and Pierre Becquey, as well as front-facing talent like Matthew Berry. They liked my content and, I believe, appreciated my work ethic, which eventually led to a full-time offer.”

The global sports and entertainment giant valued Clay’s specialization in innovative statistics and data. He introduced new elements of fantasy football statistical concepts that were non-existent prior to 2010, but have since become mainstream industry norms.

ESPN features Clay across its array of multimedia platforms. While his work is prominent on ESPN.com, Clay also contributes to the network’s radio and television offerings. He appears on a variety of shows, including SportsCenter, Fantasy Football Now, NFL Live and The Daily Wager.

“I had very little TV experience when I got to ESPN,” explained the 34-year-old Pottsville, Pa., native. “I was advised to generate good content and get as many reps along the way as possible, which is excellent advice for anyone interested in getting into the media profession. I worked hard to improve and it led to more opportunities, though I still have a long way to go.”

Clay won the 2013 Fantasy Sports Trade Association (FSTA) award for most accurate preseason player rankings. He was recognized by the Fantasy Sports Writers Association (FSWA) for online article in 2013 and presented with the Pro Football Writers of America (PFWA) Dick Conner Writing Award in the Enterprise Features category in 2014.

It took some zigging and zagging, but Clay, former sports editor of The Keystone while on campus, feels his career path was inevitable.

“I started as an education major, quickly switched to journalism and then, when I knew I didn’t want to write about anything other than sports, transitioned to accounting,” he said. “I was able to stay involved with sports through my work with The Keystone and as a sports broadcaster on KUR and the Golden Bear Network. That allowed me to play with numbers in class and focus on the rest of the time.”

Fantasy sports has become a heavily-saturated market. It’s a multi-billion-dollar industry encompassing numerous professional leagues and formats of play ranging from daily to season long to . Clay understands that marketplace and what it takes to succeed as well as anyone.

“I think there’s a lot of truth in the statement that ‘you can be whatever you want when you grow up’ if you focus your time and energy on something you love,” he noted. “I’ve gotten to where I’m at today through extremely hard work, delivering unique content and a willingness to learn from respected colleagues. Some luck and great people in your corner help along the way, too. Domenick Moore, Kristin Baver, the late Dr. Matt Nesvisky, Mike Regensburger Josh Leiboff all played crucial roles in helping me prepare for life in the sports industry during my time at KU.”

As the popularity of fantasy sports grows exponentially each year, Clay aims to build upon the work that allowed him to get a foot in the door just over a decade ago.

“I want to get better each and every year,” he said. “ too many variables to achieve perfection in the fantasy sports world, but there is always room to increase accuracy. If I can help players gain an edge in their leagues through advanced understanding of the game, so they can compete for championships while having fun, that’s mission accomplished.” 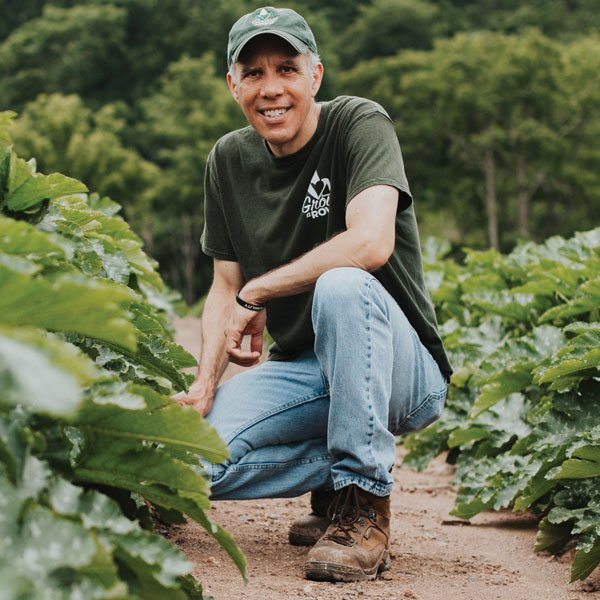 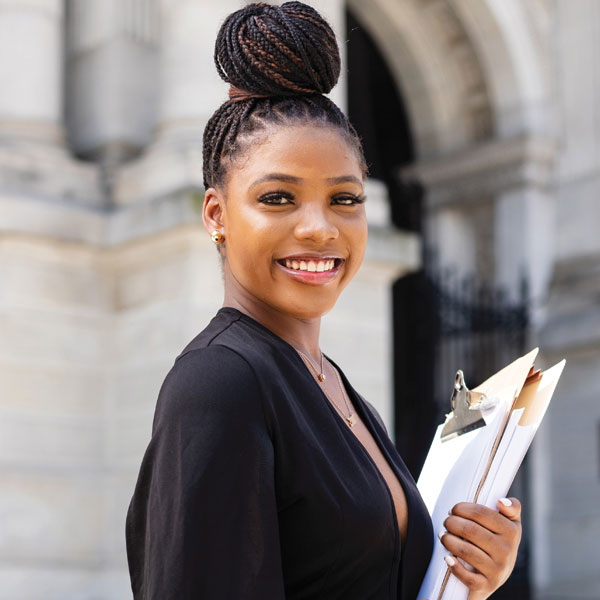 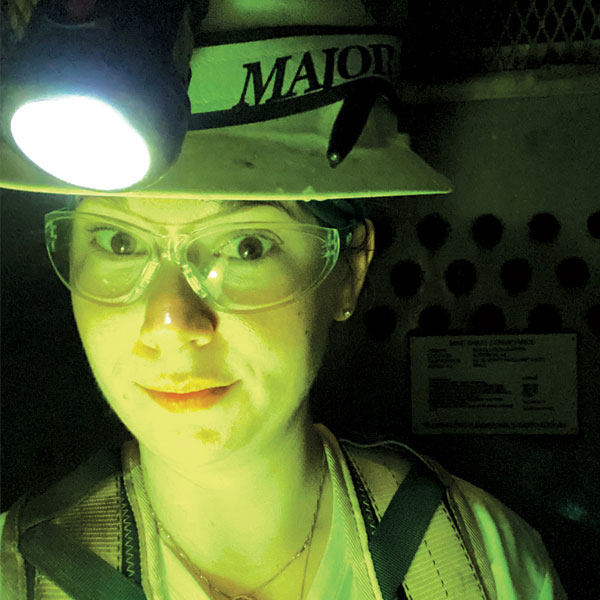 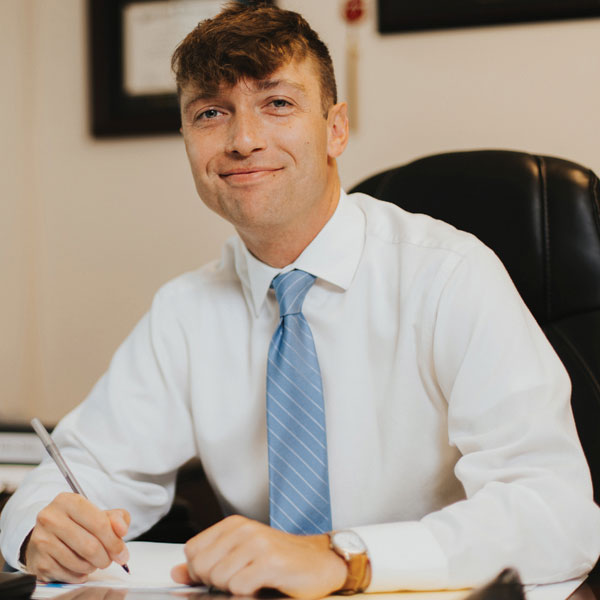