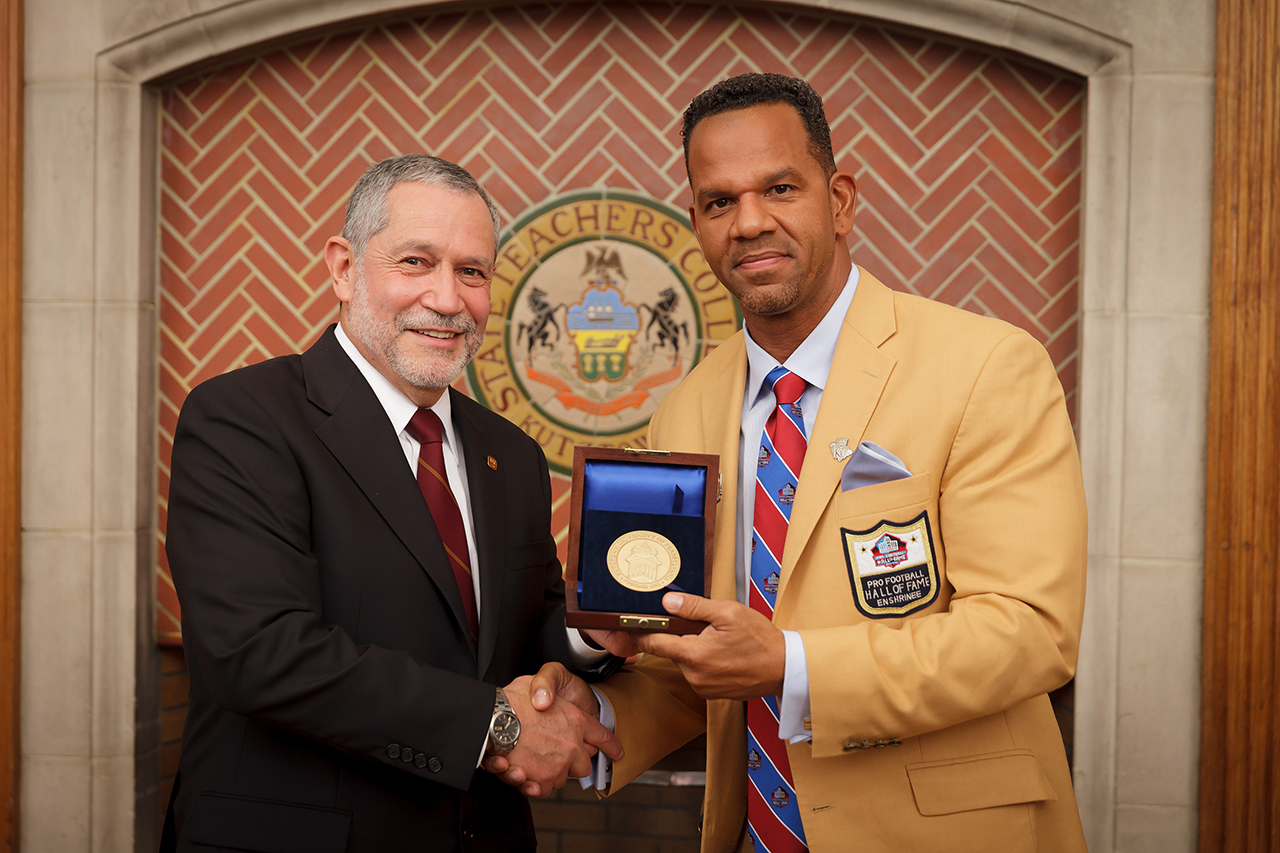 Andre Reed, former Kutztown University football player and Pro Football Hall of Fame member, is an inspirational man on and off the field at KU.

Reed was a Golden Bear football player from 1981 to 1984. In those few years, he set nine school records and was named to the all-Pennsylvania State Athletic Conference team three times. Reed's college career consisted of 142 catches for 2,020 yards and 14 touchdowns.

Reed went on the NFL draft in 1985 where he was selected in the fourth round and 86th pick overall to the Buffalo Bills. Reed played a crucial role in leading the Buffalo Bills to four Super Bowls. His NFL career was nothing but remarkable, consisting of 951 receptions for 13,198 yards and 87 touchdowns. Reed retired in 2000 as one of the top receivers in the history of the NFL.

After finishing his NFL career Reed felt there was one important thing for him to do, finish his degree. Reed spoke at the 2005 commencement ceremony as he received his bachelor's degree in general studies and said "My dreams were to get this degree. All those dreams are realized today. To the graduates, I want to say one thing, you should always remember to finish what you started."

In 2014, Reed was inducted in the NFL Hall of Fame. Later that year, KU celebrated Reed's success by naming the football stadium in his honor as the Andre Reed Stadium.