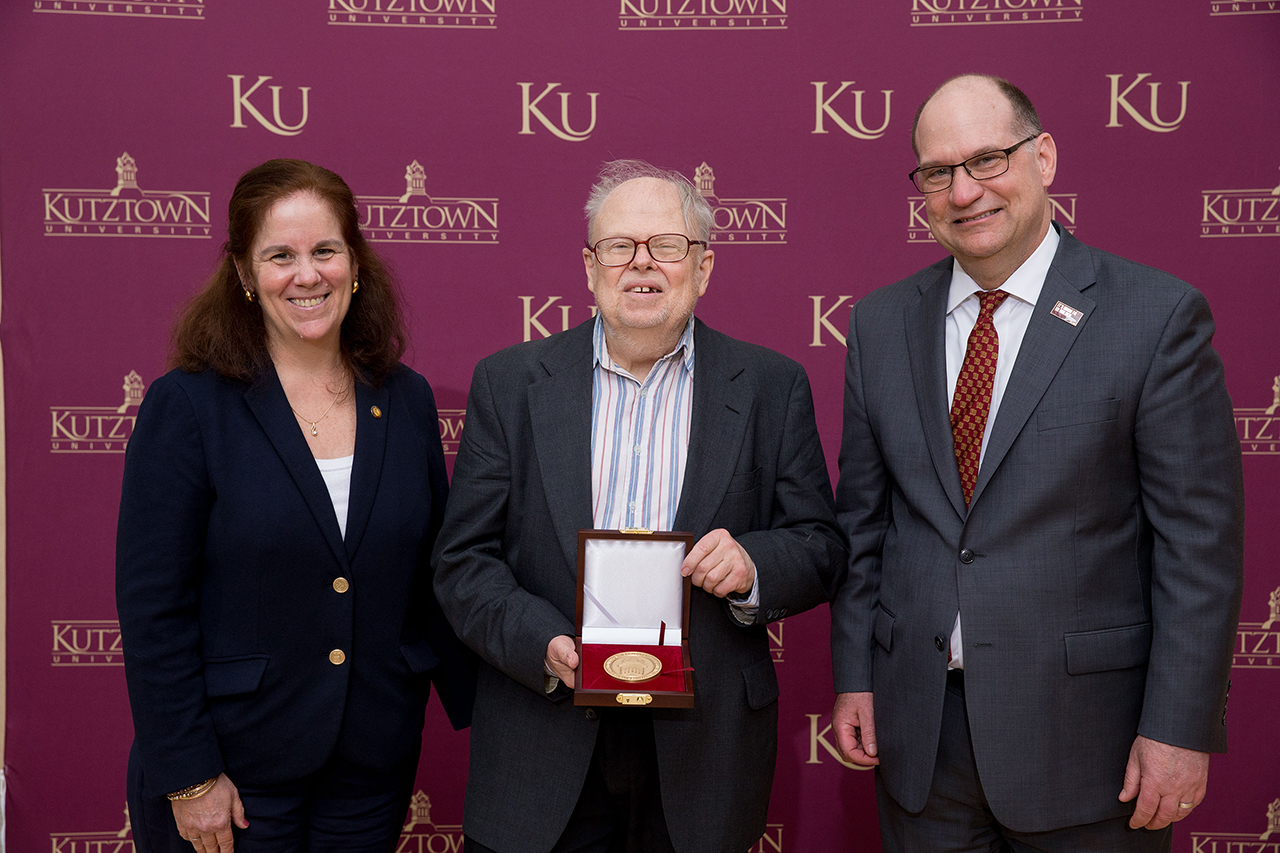 Dr. Carlson Chambliss, who came to Kutztown State College in 1970, has been a major supporter of Kutztown University for nearly half a century.

Chambliss served as an inspiring astronomy professor until his retirement in 2003. In 2004, he initiated the Chambliss Awards to recognize the very highest achievement in research scholarship. The annual awards include the faculty research award, presented each fall, and the student Academic Achievement Awards, given each spring.

He designed the awards and had a 50-year supply struck. Since the beginning of the awards, more than 150 students and dozens of faculty have been recognized.