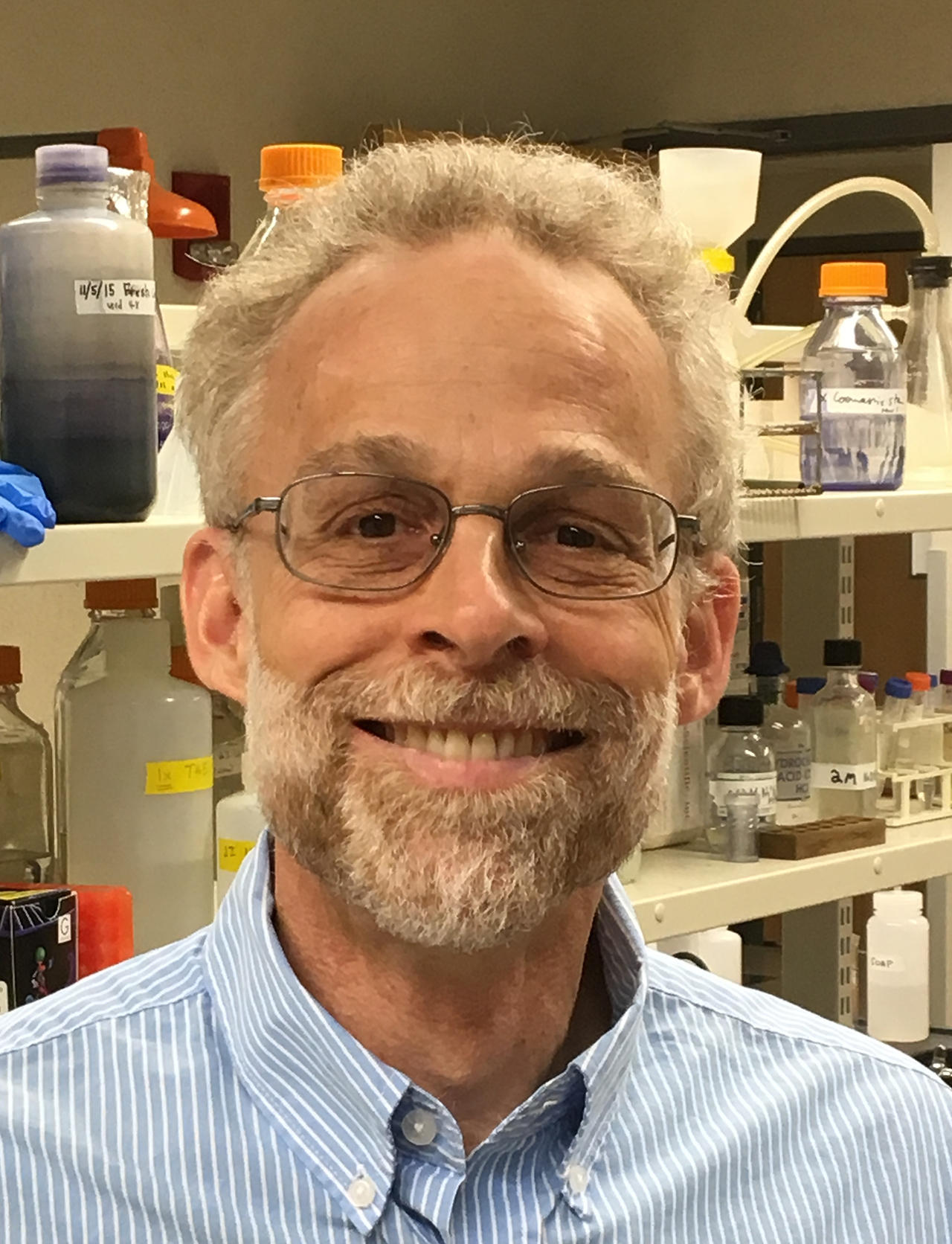 Many cellular processes are carried out by proteins, tiny machines that catalyze chemical reactions, transport molecules within and between cells, provide cell architecture, and regulate gene expression and cell growth.  The ability of proteins to carry out specific processes depends on their structure and energetics: active site geometries, complementation of recognition surfaces, conformational changes, affinities, the stability of folds.  My research investigates the molecular mechanism of proteins that function in programmed cell death, gene expression, and metabolism.  Almost all of the hands-on research is carried out by KU undergraduate students.

All of the research projects generally follow a common set of steps:

Apoptosis (programmed cell death) is a process in all animals that eliminates unneeded or potentially harmful cells.  Dysfunction in apoptosis can lead to cancer or neurodegenerative diseases.  Within cells, apoptosis is controlled by proteins- large complex molecules whose function depends on their correct folding and structure. Apoptosis requires protein enzymes called caspases.  Caspases are kept inhibited in living cells by an inhibitor of apoptosis proteins (IAPs).  Apoptosis occurs when certain stimulator proteins bind to IAPs to de-inhibit (activate) caspases.

We are investigating how apoptosis proteins function at the level of their molecular structure and chemistry.  We study human and Drosophila (fruit fly) proteins, using recombinant DNA methods to modify the proteins and synthesize them in large amounts in bacteria.  One area of focus is determining how different regions of IAPs contribute to regulating caspase activity.

This SDS-PAGE gel shows the synthesis and purification of a Drosophila IAP produced in E. coli.  The pre- and post-induction samples show all E. coli proteins before and after turning on expression of the IAP gene.  The final lane shows the IAP protein after purification.  "Stnd" is a sample of protein standards for size reference. 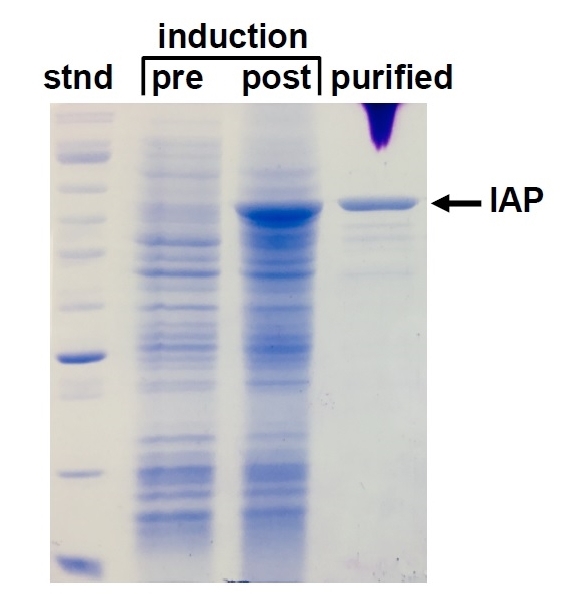 Caspase function is measured using a fluorescence-based caspase assay in which caspase reacts with a substrate to produce a fluorescent product.  The assay shows how IAPs inhibit caspase function and stimulators reverse this inhibition, all with purified proteins. 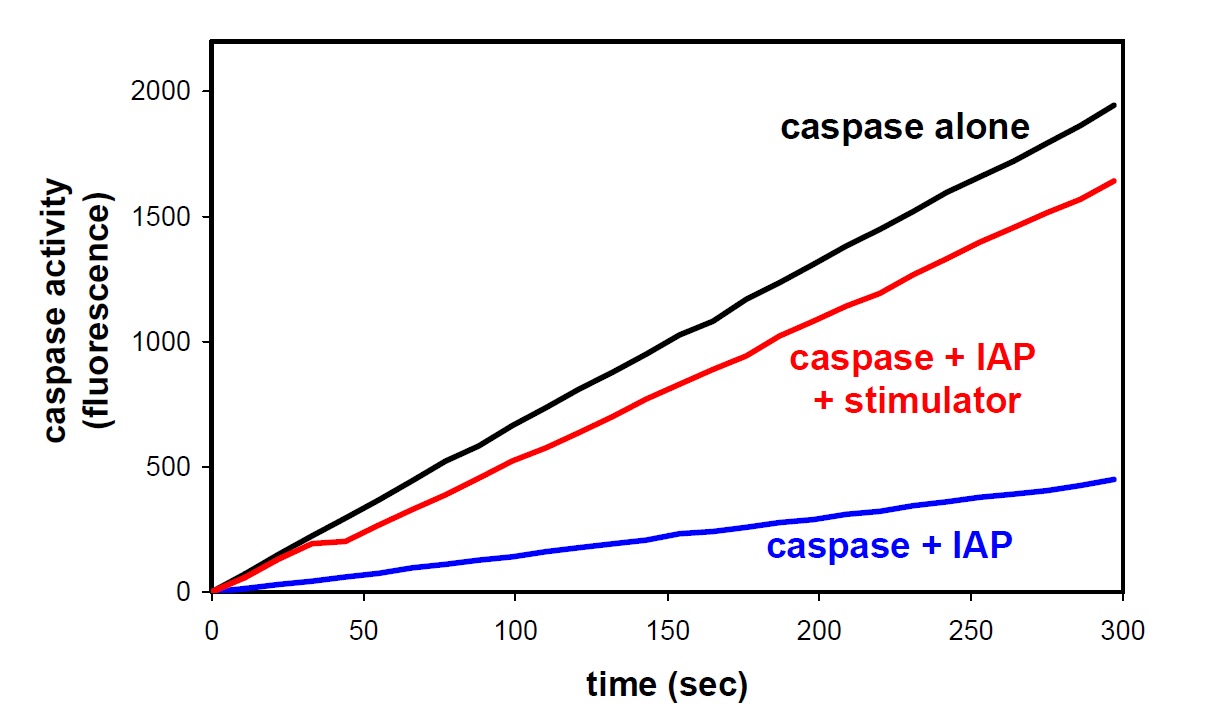 Cells with a mutated IAP had been reported to be resistant to apoptosis induction.  Using an IAP-binding column, we determined that the mutant IAP could no longer bind and co-elute stimulators (L= load Hid, W= wash, E= elute). 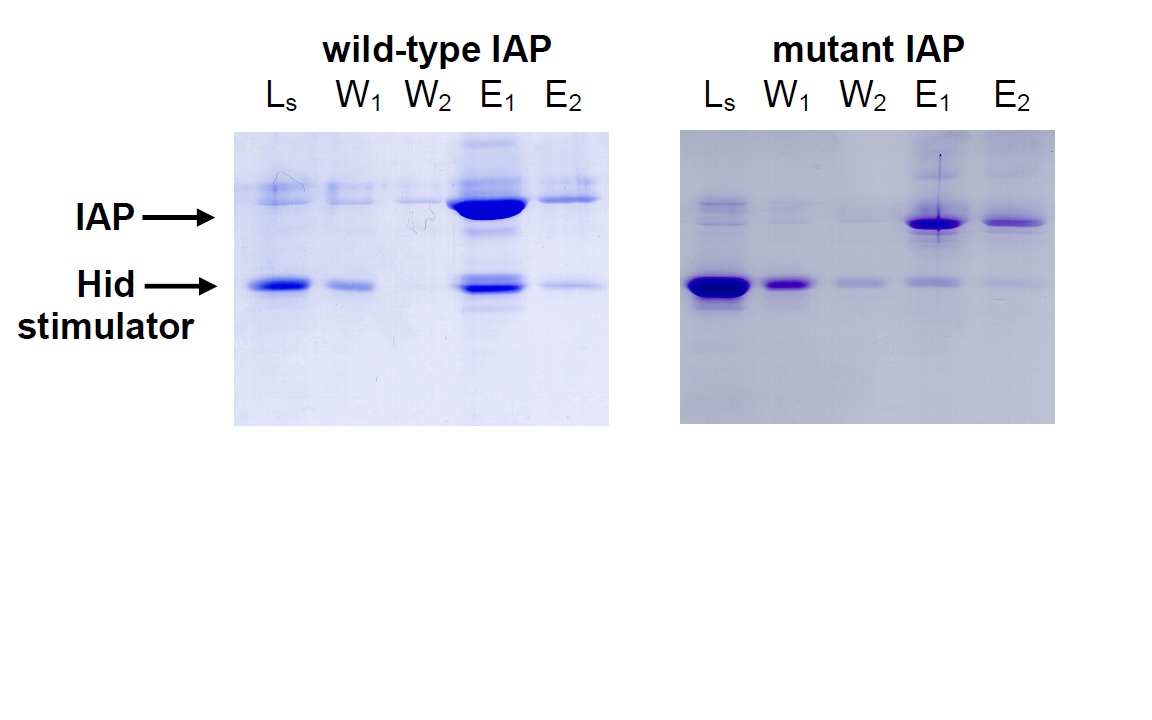 Other ongoing research projects include developing a new method to control protein self-association and, in collaboration with Dr. Carsten Sanders in the KU Chemistry & Biochemistry Program, investigating the mechanism for the enzyme cytochrome c heme lyase (CCHL).  The projects all involve the same basic technologies of generating purified proteins by recombinant DNA methods and assaying their function and structure in biochemical experiments.

B. Graver*, M. Storm*, and M. Junker (2019)  The mechanism of inhibitor of apoptosis protein (IAP) domain binding to an apoptotic caspase.  Middle Atlantic Regional Meeting of the American Chemical Society, Baltimore, MD, May 2019.