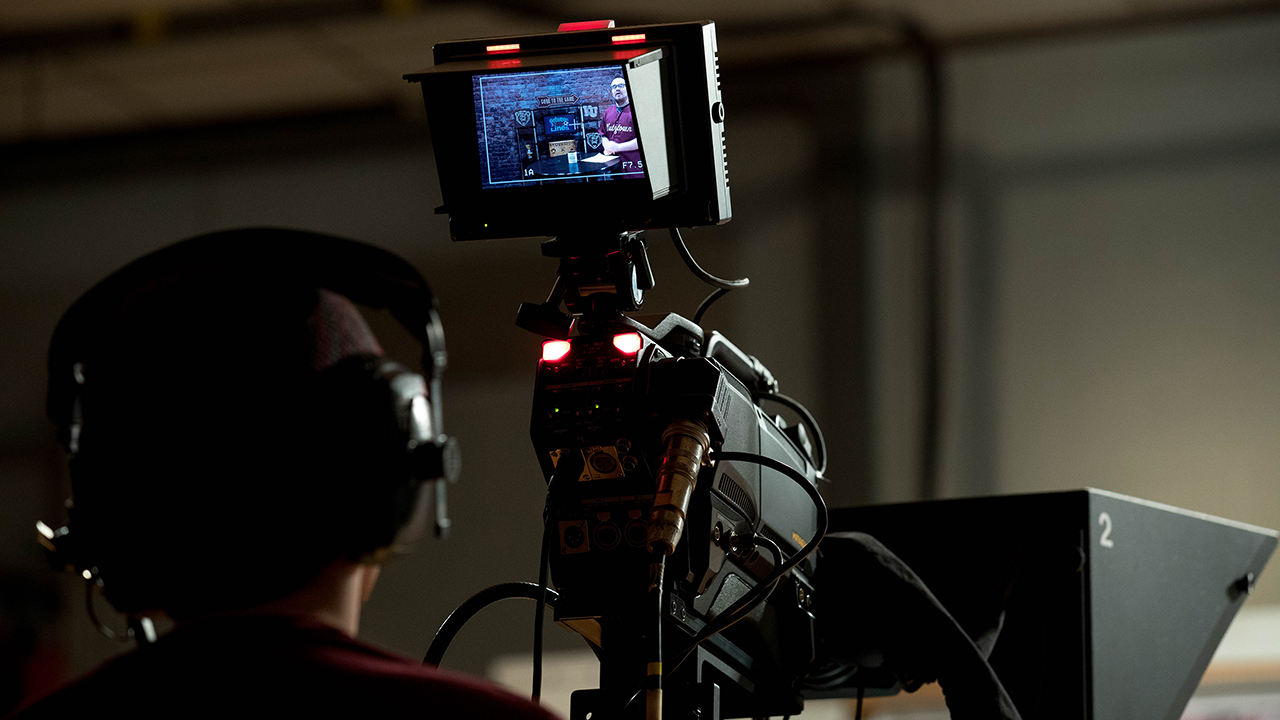 Whether you’re motivated by the glamour of Hollywood, the satisfaction of producing compelling documentaries, or the challenge of creating a story through the lens of an independent filmmaker, this program will prepare you to work in all aspects of the film and entertainment industry. With an emphasis on cinema, television and emerging media, KU’s Cinema, Television and Media Production program promotes visual storytelling in a variety of media outlets that captivate audiences with effective and engaging content.

We believe in learning by doing. Success in the media industry requires a broader base of knowledge than ever before. So you’ll be hands-on with the latest production and post-production tools and gain a deep understanding of media aesthetics and production techniques through coursework in film, television, and media history, literacy, analysis, theory, and ethics.

From day one, you'll learn how to project your creative vision to a wide range of audiences. You’ll begin crafting your own digital stories in KU’s large multi-set television studio as well as going on location with our latest equipment and technology. You’ll be mentored by award-winning faculty as you tap your imagination to create your own content. Take the controls in KU’s state-of-the-art remote production trailer to produce live events including sports, musical performances and other on-location events on KUTV.

In your final year, you’ll gain valuable on-location experience by participating in an internship for 12 credits. Placements include over 100 locations, including major outlets such as Comedy Central, ESPN, NBC's Late Night and ABC's Good Morning America. KU’s extensive alumni network extending throughout media outlets regionally and beyond can be a valuable resource both while working toward your degree and after you graduate. KU alumni work for traditional broadcast television stations, film studios, independent production companies, local and national news channels, online comedy video producers, and countless businesses looking for professionals with a strong mix of production and theory.

As a Cinema, Television and Media Production major, you also can be involved in KU campus clubs that create original news and entertainment programming such as Film Club, Laugh Track, Mic Check, National Broadcasting Society, and Spotlite.

Additional information about the Department of Cinema, Television and Media Production can be found here: