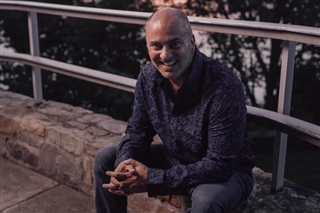 Daniel Immel is a Professor of Music at Kutztown University of Pennsylvania. His primary teachers have included Madeleine Forte, Luba Edlina-Dubinsky and Gregory Allen. His degrees were conferred from Boise State University, Indiana University, and the University of Texas at Austin, and he received a Diploma from the American Conservatory in Fontainebleau, France.  His solo and collaborative performances have led him to perform in the United States, Europe, Canada, and Russia.

He was a solo recitalist in the Allen Forte International Piano Festival at Yale University, and he was Guest Artist-in-Residence at the University of Macedonia in Thessaloniki, Greece for a week of recitals and master classes.  Dr. Immel was awarded the prestigious invitation to give a solo recital at the Liszt Academy of Music in Budapest, Hungary.  He was a finalist in the 16th annual Vienna International Music Competition and was also a 2nd prize winner in the Bradshaw and Buono International Piano Competition in New York.  His collaborations include performances with the Cypress String Quartet, and saxophonist Todd Oxford at Carnegie Hall’s Weill Recital Hall, of which he appears on Oxford’s second solo CD, “Tango Magnetism.”

He has also appeared with the Case Ensemble at Carnegie Hall and with the Kutztown University Wind Ensemble at the Kennedy Center, and recently performed Beethoven’s “Emperor” Piano Concerto with the Kutztown University Orchestra.  Additionally, he frequently lectures for the “Know Your Symphony” series in conjunction with the Reading Symphony Orchestra’s concert seasons.  He also serves on the music faculty as an adjunct piano instructor in the Department of Music at Albright College in Reading, PA.