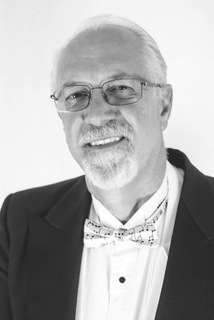 Burbank, California, native Hank Alviani is an Associate Professor of Music at Kutztown University of Pennsylvania, commencing in August 2014. He holds a BA in Music Education from Mount St. Mary's College in Los Angeles where he studied conducting with Paul Salamunovich; the MM in Choral Conducting from California State University Fullerton where he studied with Howard Swan and John Cooksey; and the DMA from Arizona State University where he was graduate assistant conductor for Douglas McEwen. He also was a Master Class conducting student of Helmuth Rilling at the Oregon Bach Festival. In addition to directing Chamber Singers, he teaches studio voice and Introduction to Music. In the past, he has taught music theory, music history, choral ensembles of all kinds, supervised student teachers and served as Director of Choral Studies. After teaching junior and senior high school choral music and drama in Southern California public schools for twelve years, he has taught at the college level in Texas, Wisconsin, and Pennsylvania since 1993. His vocal technique manual VoiceWorks was published by Alfred Publishing and released in 2007. He has composed many pieces for chorus and several of his choral compositions are available from Alliance Publications, Inc., of Fish Creek, WI. He has performed with the Pittsburgh Opera Chorus and has been a guest conductor for several County, District, and Region Honor Choruses, and was a member of ACDA, NCCO, and NATS. He served as president and vice-president of the Pennsylvania Collegiate Choral Association. He also served as Faculty Advisor for Phi Mu Alpha Sinfonia which awarded him the Orpheus Award in May 2006 for his contributions to music in America and was recognized as Mount St. Mary's University Outstanding Alum for Professional Achievement in 2011.