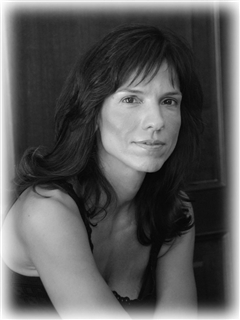 Heralded as “an artist with intense personality, virtuosic flair, unusual poise and intimate contact with style” by The New York Times, Greek pianist Maria Asteriadou is an acclaimed soloist, chamber musician and pedagogue.

A Steinway Artist, Maria Asteriadou has appeared in recitals and as soloist with orchestra in major concert halls throughout the United States, South America, Canada and Europe. She has performed with the Moscow Radio Symphony, Academy of Saint Martin in the Fields, Orpheus Chamber Orchestra, the National Symphony of Costa Rica, the Stuttgart Kamerata, Luxembourg Philharmonia, the Bucharest Chamber Orchestra, Iasi Philharmonic Romania, the Adrian (Michigan) Symphony Orchestra, the Canadian Chamber Academy, the Louisiana Sinfonietta, the Athens Camerata as well as the Athens and Thessaloniki State Orchestras. She has also performed for WQXR in New York and WRTI in Philadelphia radio stations.

A devoted chamber musician, Maria Asteriadou has collaborated with many distinguished artists and performs regularly at venues in the US and abroad. Together with her husband, violinist Kurt Nikkanen, she appears in recitals worldwide presenting programs showcasing composers from Bach to Piazzolla.

Her love for her native Greece and her enthusiasm for contemporary music have resulted in prestigious premieres by many of Greece's most prominent composers including Dimitri Mitropoulos, Nikos Skalkottas, Christos Samaras, and Yiorgos Sicillianos, as well as numerous collaborations with the American-born Greek composer George Tsontakis, Dinos Constantinides and Christos Hatzis. In addition, she has frequently collaborated with the American composer David Noon, having also premiered his Concerto for Piano and Percussion Ensemble.

Maria Asteriadou has recorded the complete piano and string chamber works of Nikos Skalkottas with violinist George Demertzis and the New Hellenic Quartet for the BIS label, receiving the highest critical acclaim by BBC, Gramophone and Repertoire Music Magazines: “Demertzis and Asteriadou give all its rage, sadness and paranoia. A duo like Argerich and Kremer might have given us heightened psychic density and human drama. The Greek duo gave us a version that is austere, incisive and mysterious: possibly the best introduction to music that strikes us a real revelation.” On the same label she has also recorded his Concertino for Two Pianos, and the complete violin and piano works of Carl Nielsen.  Other recordings include works by Greek composers Yiorgos Sicilianos, Emilios Riadis, Dinos Constantinides, Dimitri Mitropoulos and the American composer Ron Wasserman.

The recipient of numerous awards and prizes, Maria Asteriadou was awarded first prize in performance from the State Conservatory of Greece, and the Maria Callas International Piano Competition. A winner of the Dora Zaslovsky concerto competition at the Manhattan School of Music, Maria Asteriadou gave a critically acclaimed performance of Beethoven’s Third Piano Concerto. She also enjoys the distinction of being the only pianist selected from the Musik Hochschule in Freiburg to perform in honor of Maestro Pierre Boulez.

She also serves as the chamber music coach for the biennial New York International Piano Competition and travels frequently to give master classes at universities and conservatories in the US and abroad. She has been an artist-faculty member at many festivals including the University of Michigan's Summer Arts Institute, Canada's International School of Musical Arts, El Paso Pro Musica, the West Branch International Music Festival in New York, and the International Chamber Music Festival (FIMCE) in La Serena, Chile. In her native country has appeared at the Music Village Workshops, the Saint George International Festival, the Megaron Concert Hall Piano Workshop, the International Youth Chamber Festival in Porto Carras, and the Macedonia University Piano Workshops. Since 2017 she is an Artist-in-residence at the Conservatorio Nacional de Musica in the Dominican Republic. She also serves on the board of the Hellenic American Cultural Foundation in New York and is a member of the Music Teachers National Association (MTNA).

Maria Asteriadou holds a Doctor of Musical Arts degree from Manhattan School of Music where she was a student of Constance Keene. She received her Master of Music degree from the Juilliard School as a scholarship student of Jacob Lateiner. Following her undergraduate studies at the State Conservatory of Music in Thessaloniki, Greece, Maria Asteriadou was accepted at the Musik Hochschule in Freiburg, Germany where she studied with Tibor Hazy and received her Graduate Soloist Diploma with honors. She has also worked with Domna Evnouchidou, Vitalij Margulis, Gyorgy Sebok, and Richard Goode.