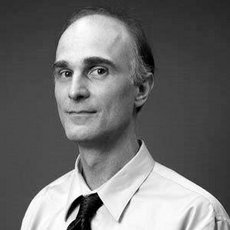 Peter Isaacson, Orchestra Director, earned a Doctor of Musical Arts degree from the University of Kentucky in 2006 and holds a Master of Music degree from The Juilliard School and a Bachelor of Music degree from the Eastman School of Music. His primary teachers have been Catherine Tait, Sally Thomas, Renato Bonicini, Stephen Clapp and Daniel Mason. During the course of his applied study, Isaacson performed in masterclasses with Peter Salaff and Jaime Laredo. His chamber studies have been with members of the Cleveland and Audubon String Quartets, Toby Appel, John Graham, André Emilianoff, Lewis Kaplan and Zvi Zeitlin.

While pursuing his D.M.A. in violin at the University of Kentucky, Isaacson developed an interest in conducting, which led to studying with the director of orchestras, Robert Baldwin. Over the last decade, Dr. Isaacson has served as conductor for the Hardin-Simmons University Orchestra, the Abilene Collegiate Orchestra, Abilene Philharmonic Youth Orchestra, the Faculty Chamber Orchestra at Encore/Coda, and a pops performance with the Abilene Philharmonic Orchestra. Dr. Isaacson has worked to foster collaborative relationships with theater and opera culminating in performances of Sondheim's Sweeney Todd and A Funny Thing Happened Along the way to the Forum, Prokofiev's Peter and the Wolf, Mozart's Cosi Fan Tutte and The Impresario, Menotti's Amahl and the Night Visitors, and highlights from Strauss' Die Fledermaus. He has also collaborated with the popular country singer-songwriter, Michael Martin Murphey, solo guitarist, Petar Jankovic, and the progressive rock band, Kansas.

As an active performer, Dr. Isaacson has performed with the Abilene Chamber Players, Soundscapes, the Lenape Chamber Ensemble, Craftsbury Chamber Players and the Absolute Ensemble in New York City. He has also performed on the Musica Viva concert series, the Focus Festival, Music at Marvin, San Angelo Museum concerts and the Wednesdays at One concert series in Alice Tully Hall. His performances have been broadcast on the Woodsongs Radio Hour and WRGV Public Radio in Georgetown, Kentucky.

Dr. Isaacson has recorded chamber works by Josef Rheinberger for Centaur Records and is currently pursuing a recording project of music by American composers including Roy Harris, Charles Ives, and William Bolcom. During the summer of 2011, performed concerts with the Abilene Chamber Players in London, England, at The Space, St. Georges, Bloomsbury and Southwark Cathedral. As part of a summer sabbatical, Isaacson observed master classes at the Royal College of Music and interviewed Professor Jan Repko for pedagogical study. In 2013, Dr. Isaacson performed concerts with the Abilene Chamber Players for the Ambrosianeum Foundation at the Sala Falck and the Conservatorio di Milan in Milan, Italy. More recent performances have included solo recital appearances the Heavenly Rest Concert Series in Abilene, TX, Mu Phi Epsilon Concert Series in Dallas, TX and as a member of the Abilene Chamber Players.