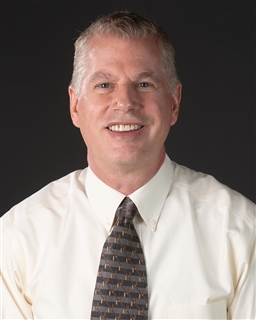 Dr. R. Todd Rober is an Associate Professor of Music at Kutztown University, where he teaches Music History surveys for majors, non-major courses in Rock History, Jazz History and World Music, and a Seminar in Music History for graduate students. He received the Ph.D. in Musicology from the University of North Texas in 2003 with a dissertation entitled "Form, Style, Function, and Rhetoric in Gottlob Harrer's Sinfonias: A Case Study in the Early History of the Symphony."

He has presented papers on Harrer and the early symphony for the conference Writing the History of the Eighteenth Century, the Mid-Atlantic and Southwest Chapters of the American Musicological Society, the Society for Eighteenth-Century Music, the American Society for Eighteenth-Century Studies, and the conference Mozart in Prague, held in the Czech Republic. His analytical essay on Harrer appears in the eighteenth-century volume of The Symphonic Repertoire, along with a recording of a Harrer symphony, for which he edited the parts, and an article on Harrer appears in Music in Eighteenth-Century Life: Cities, Courts, Churches, edited by Mara Parker. He has also published a number of book reviews, encyclopedia articles, and conference reports.

He also holds the Bachelor of Music with Teacher Certification from the University of Texas, Arlington, and the Masters of Music in Music Theory from the University of North Texas. He previously served as Secretary/Treasurer for the Society for Eighteenth-Century Music. He is a percussionist and has studied West African drumming in Ghana as part of his related doctoral field in ethnomusicology. He is also a singer, currently performing with the Allentown Symphony Chorus.