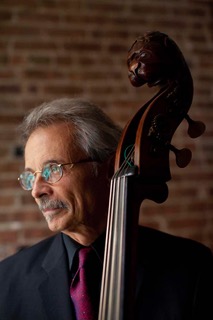 Professor of Bass and Ensembles

I am a working professional bassist living in New York City for forty years. I play Jazz and New Music here and in Europe. With both acoustic and electric basses, my focus is on teaching body awareness as part of the fundamentals of playing the instruments, repertoire, improvisational concepts, and technique. Every effort is made to help the students discover their own unique sound and musical personality.

As a college student in Chapel Hill, N.C., Scott Lee switched from a tennis career to a commitment to jazz after hearing the Bill Evans Trio with Eddie Gomez. Upon finishing college, he dove into music by studying from books, bandstand training, and taking lessons from the likes of Charlie Banacas, Dave Holland, and Homer Mensch.

In the orchestral world, Scott has shown his versatility by being part of the Metropolitan Opera Guild's performance of Pucchini's "Gianni Schicci", to the world premiere of Charles Ives' "Universe Symphony". He has also toured and recorded with the Andy Statman Quartet playing the music of the Jewish Mystics.

Scott has lead his own group featured on his CD "With Ease", recorded with The Game Trio, and stays active in New Music ensembles in the New York area. He also has two CDs on SteepleChase Records: " One Thought " and " Leaving ", both featuring all original compositions. In addition, he is a member of the band Cloning Americana which has a new CD out on Sunneyside Records entitled "For Which It Stands" .

He is currently on the faculty of Kutztown University and has taught master classes at NYU on the techniques of improvising form, and Qi Gong instruction at Princeton, UNC-CH, UNC-G, Berklee, NYU, and the Eastern Music Festival.

Scott lives in Manhattan and Bucks County, PA with his wife Sue Anne and daughter Aria. In addition to his music, he practices Qi Gong daily ( refer to his DVD " Qi Gong for Musicians " ) and is a Reiki Master.