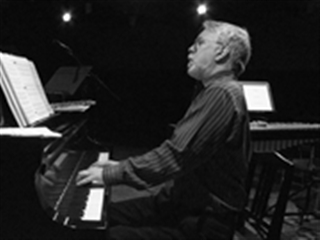 Neal Kirkwood is a composer, pianist, vibraphonist, bandleader, and arranger for the Neal Kirkwood Octet, the Chromatic Persuaders, and the Discovery Orchestra. He has been awarded numerous commissions, including a 2000 New York State Council on the Arts Commission for "The Future of Futurism" for jazz orchestra, and a 2007 New York State Music Fund commission for "Village Songs" and composed many scores for theater and dance productions. He holds a master's degree in composition from Mannes College of Music and lives in New York City.

He has released five CDs as a leader: The Neal Kirkwood Octet, The Chromatic Persuaders, and Extrospection on Timescraper Records, "Time's Circle" and “Blue Intentions” on Present Eye Music.