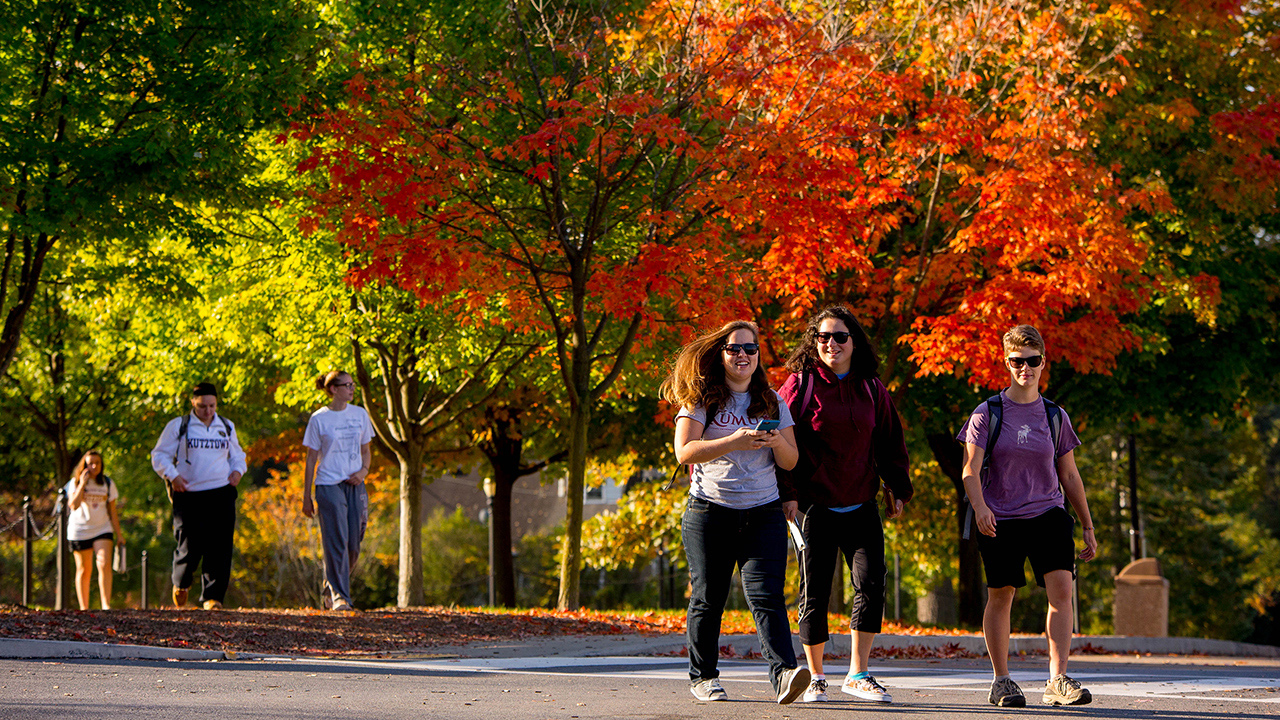 What type of students major in Philosophy?

The study of philosophy, perhaps more than any other discipline, develops abilities to think and communicate clearly, critically, and creatively. These abilities are essential to managing your life well. They also are in great demand in any profession. Because the skills are highly transferable, the Philosophy program prepares a student for nearly any area of work: law, business, public service, publishing, medicine, ministry, or teaching. The study of philosophy is a great complement for majors in other disciplines. The foundations of computer science were laid by logicians and philosophers along with mathematicians. Natural sciences like biology and physics have their roots in philosophy. The same goes for psychology, political science, economics and law.

The Philosophy Department consists of six full-time faculty members and approximately 25 majors and 15 minors. Majors enroll in either the regular Philosophy program or the Religious Studies track within the major. Some students choose to double major, increasing the marketability of their primary major because of the relevance of philosophical/logical skills for a whole variety of majors and careers.

Independent Studies with one-on-one tutorials are offered on topics such as African-American Philosophy, Feminist Philosophy, and Environmental Ethics. Independent studies will be arranged in cases in which a student has a special interest.

Majors in any other discipline, but particularity in Mathematics, Computer Science, Psychology, Business, Political Science, English, History, Modern Languages, Criminal Justice, and the natural sciences, can usefully combine their studies with a double major in Philosophy. Most, if not all, of the concomitant courses and arts and sciences electives required for the major in Philosophy will be satisfied by courses taken in the second major.

Whether you choose Philosophy as a major or a minor, your individual interest and goals will receive personalized attention from KU Philosophy faculty. You can choose either the regular Philosophy program or the Religious Studies track within the major. Some students choose to double major, increasing the marketability of their primary major because of the relevance of philosophical/logical skills for a whole variety of majors and careers.

In addition to our strong commitment to teaching, the Philosophy Department is one of the most active departments at the university doing research with plenty of opportunity for hands-on student participation. The Philosophy Student Association or "Philosophy Club" is also very active and provides a forum which brings both national and international scholars to the university for visiting lectures. Students in the club regularly present papers at regional philosophy conferences and publish their work in undergraduate philosophy journals.

KU Philosophy alumni are all around us, living fascinating lives and doing amazing things around the state, the nation and the world. Take a look.

The Philosophy Department at Kutztown is filled with outstanding professors who are passionate and gifted in their subjects with each professor valuing a close relationship with students. I had the privilege to attend an assortment of classes. Their Religious Studies concentration was concrete, both vast and specific, focusing on all the current topics in religion which prepared me to be a well-rounded Seminary student. I owe many thanks to the Philosophy Department at Kutztown University

Jason Fetherolf '07, graduated from Biblical Seminary with an MA in Missional Theology