Theatre artist Bill George will perform a one-person, two act-act theatrical adaptation of Henry David Thoreau's Walden.  Mr. George co-founded Touchstone Theater in Bethlehem and has won numerous awards over the years, including a Fringe First at the Edinburgh Fringe Festival in Scotland, and a Pennsylvania Solo Theatre Arts Fellowship.  He has toured around the world, earned an M.F.A. in Acting/Directing from the Dallas Theatre Centre of Trinity University, and studied Mime with Paul Curtis of the American Mime Theatre. 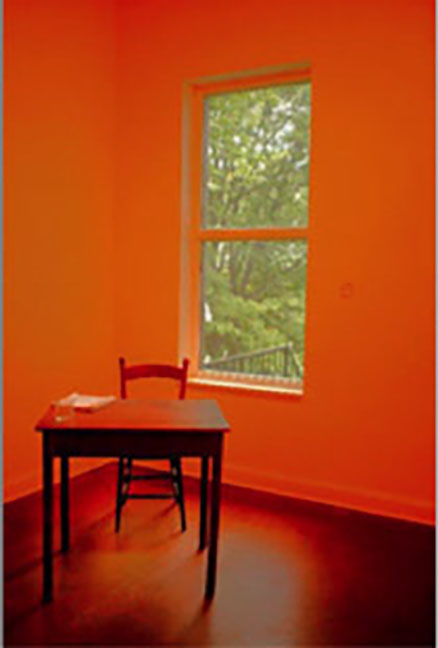 5:00 P.M. in AF 203:  Dr. Philip Cafaro will present a public lecture relating Henry David Thoreau's work to Environmental Ethics. Dr. Cafaro is a professor of Philosophy at Colorado State University. Author of the book, Thoreau's Living Ethics: Walden and the Pursuit of Virtue, Dr. Cafaro is also a distinguished Environmental Ethicist, who has written dozens of articles on topics such as climate change, population growth, overconsumption, and obesity. Dr. Cafaro's new book: How Many Is Too Many? The Progressive Argument for Reducing Immigration into the United States, published by the University of Chicago Press, will be in print soon.

5:00 pm, AF 103: Dr. Edward F. Mooney, from Syracuse University, will give a public lecture on Thoreau's work, titled Thoreau:  Philosophical Poet of Wild Earth.  Dr. Mooney is the author of the book:  Lost Intimacy in American Thought: Recovering Personal Philosophy From Thoreau to Cavell.  He has also recently completed a manuscript titled:  Thoreau as a Philosophical-Religious Thinker: A Week on the Concord.   Dr. Mooney, a Professor of Religion and Philosophy, is also an expert on Kierkegaard, writing numerous books and articles on his work.  Dr. Mooney has written on numerous topics, including ethics, love, faith, prayer, objectivity, and feminism.

This year's Philosopher's Day showcases a public lecture on "Platonism vs. Naturalism" by Lloyd Gerson, Ph.D., professor of philosophy at the University of Toronto. Dr. Gerson is an expert on ancient philosophy, especially the thought of Plotinus, and has published numerous works, including Aristotle and Other Platonists, Plotinus, and Ancient Epistemology. 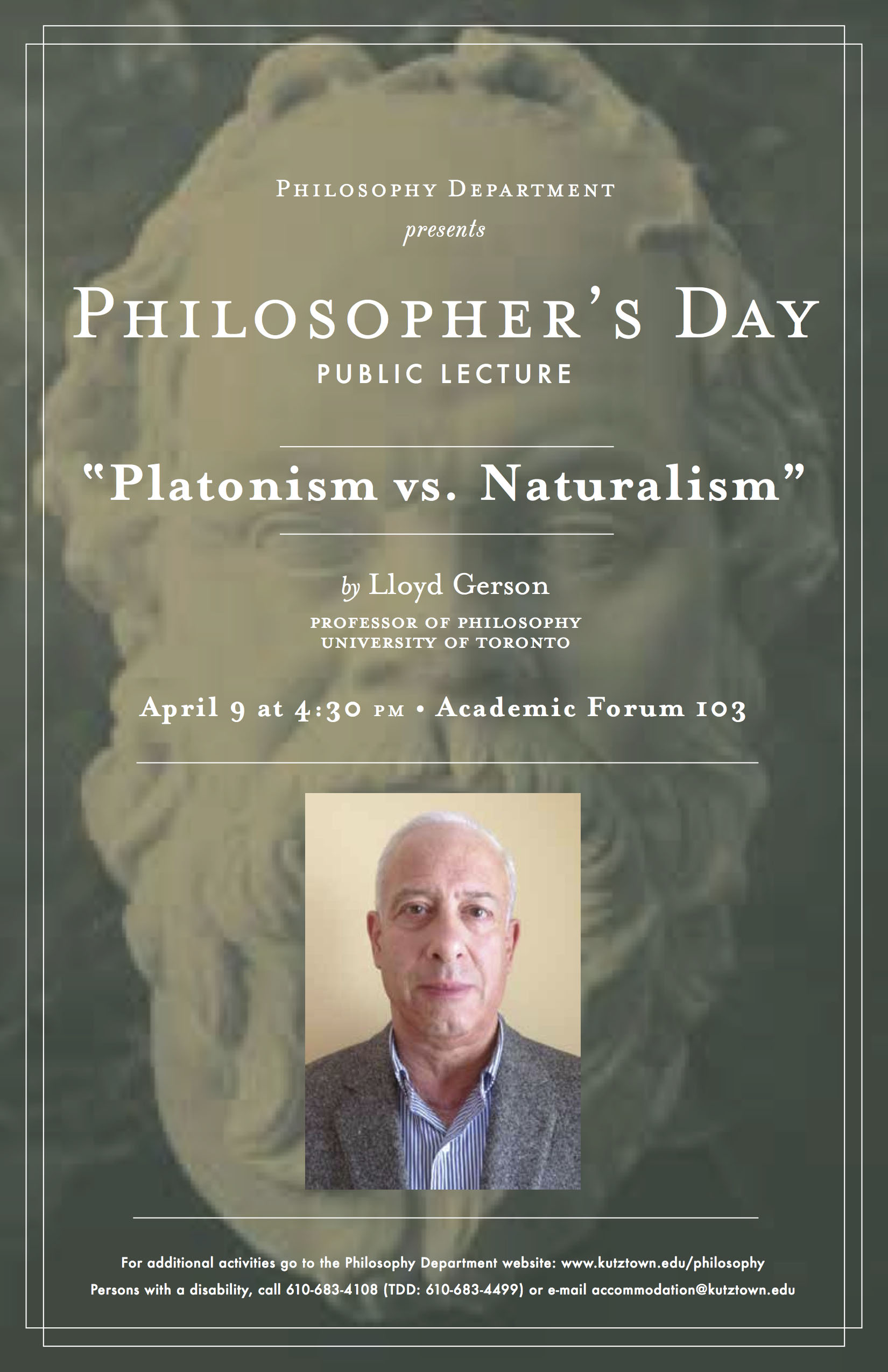 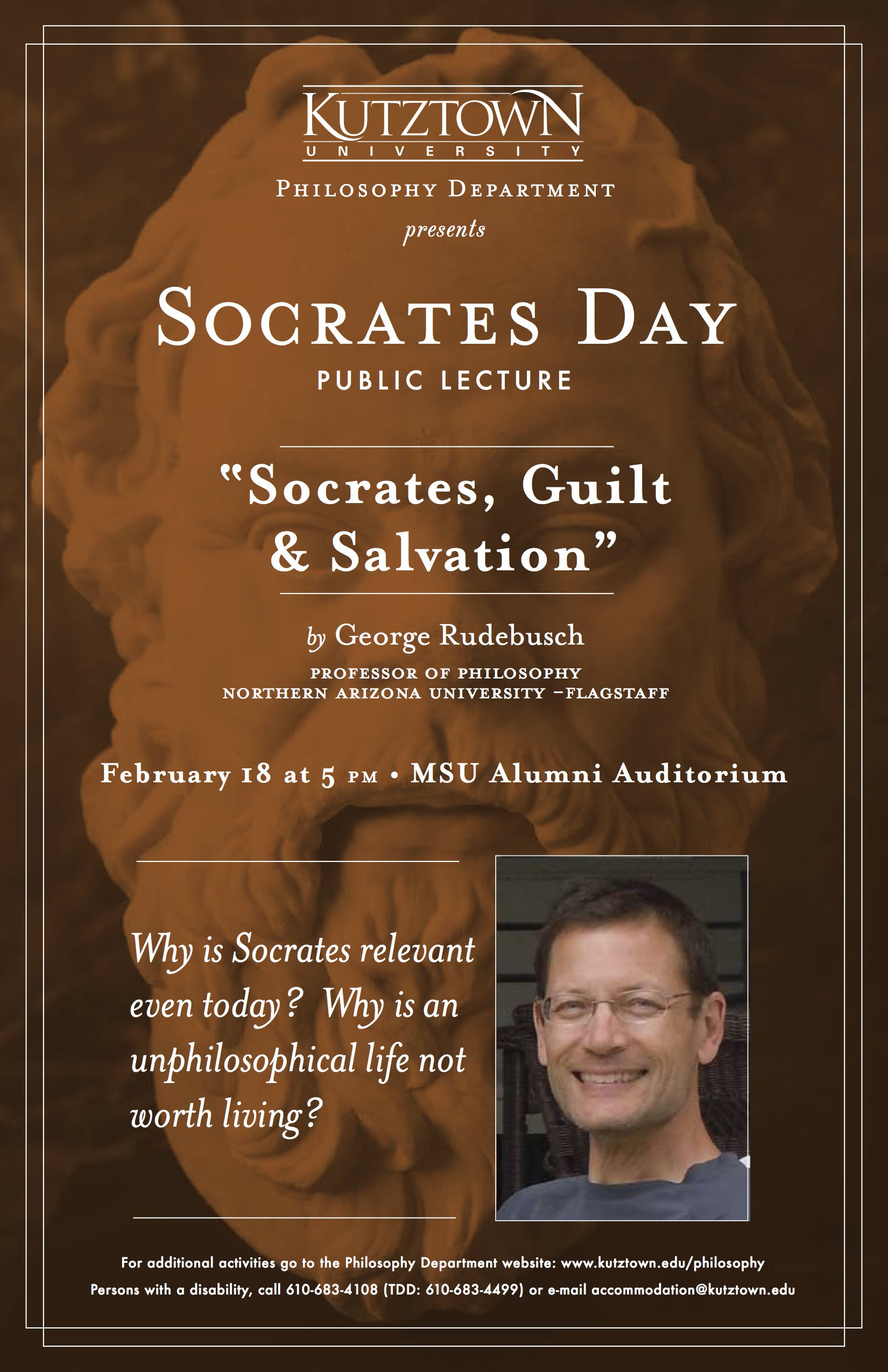