The College of Visual and Performing Arts is happy to announce the following recipients of excellence awards. Information on each recipient will be posted to CVPA social media sites on Thursday, April 18. Follow along on Facebook and Instagram. Congrats to all awardees!

The award recognizes two College of Visual and Performing Arts faculty members whose professional accomplishments are melded with their pedagogy to positively impact the quality of students' experiences at KU. Faculty may be nominated by a colleague or they may be self-nominated.

Professor Lemon has worked tirelessly to organize and standardize the lead typeface, presses and other printing accessories we have in the Idea Lab. She has long been a proponent of students learning to use lead type to understand and experience the traditions of the field of design. This experiential learning is supported in her CDH 150 and 151 courses where students learn about the history of design. Professor Lemon also has assisted in the implementation of silkscreening in the Idea Lab and she has offered seminars for graduate and undergraduate students to learn to silkscreen. Ann recently coordinated the Creative Royale an event that made art-making a stress-free practice rather than a stressful event. This art-making workshop brought together creative students from all the VPA majors to have fun and compete for small awards. She is able to see potential and possibilities in everything around her and she continues to coordinate large scale NYC design and advertising tours for KUCD students with our KU alumnus. In my estimation, Professor Lemon is long overdue for receipt of a CVPA Faculty Excellence Award. 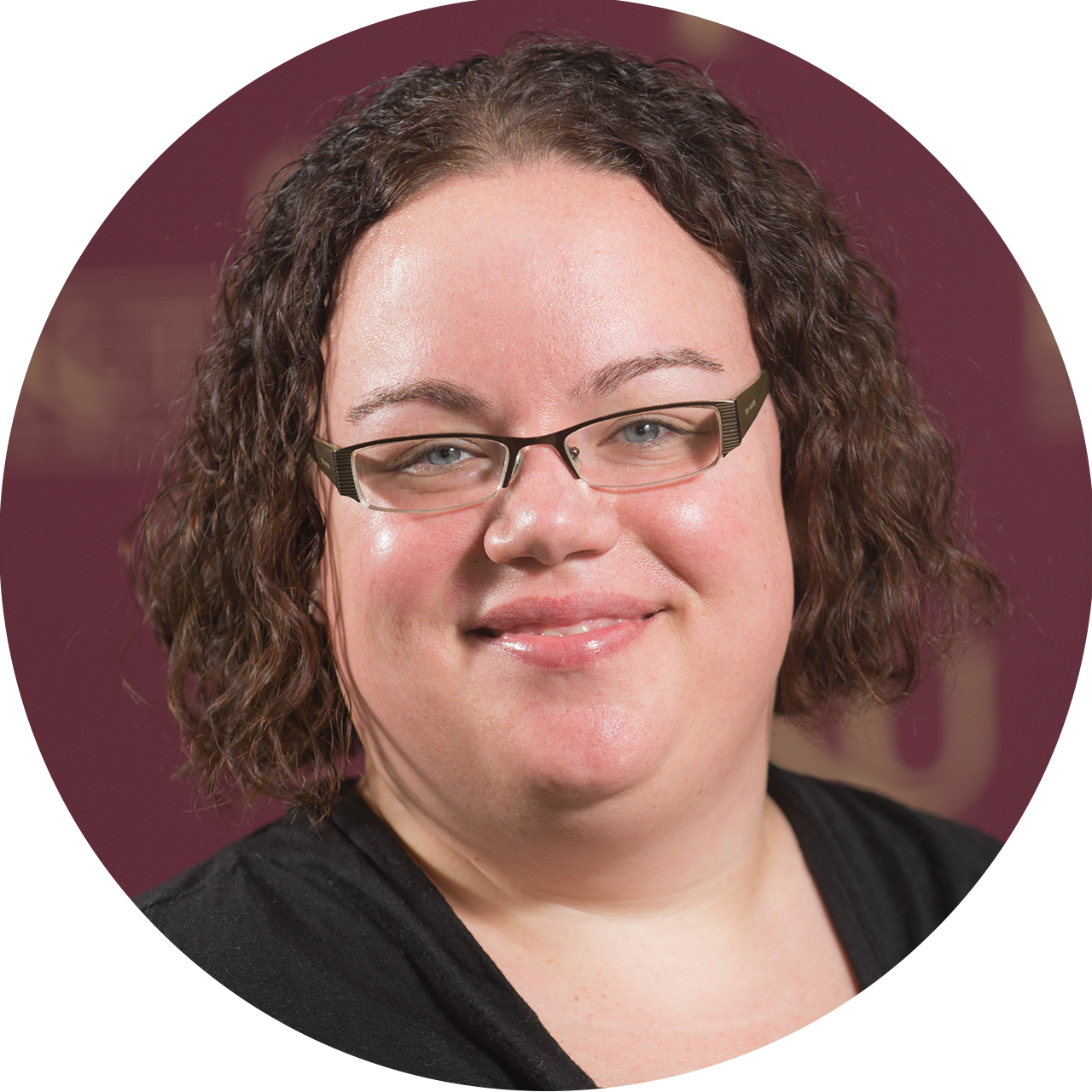 Simply put, Megan is amazing in every way and a bright part of the future of our department. Her research is fascinating and she collaborates with colleagues here at KU and around the country. Her teaching is EXCELLENT. She is one of the very best instructors that we have. The students love her, and she has carried a lot of significant responsibilities in teaching two of our core courses - Methods (340) and Capstone (380) -at times all on her own for the semester. She contributes significant service to the department, college, and University - especially in the areas of General Education and Assessment. She is a fabulous colleague and person.

This award recognizes one student from each of the six departments in the College of Visual and Performing Arts: Art, Art Education, Cinema, Television and Media Production, Communication Design, Communication Studies, and Music. 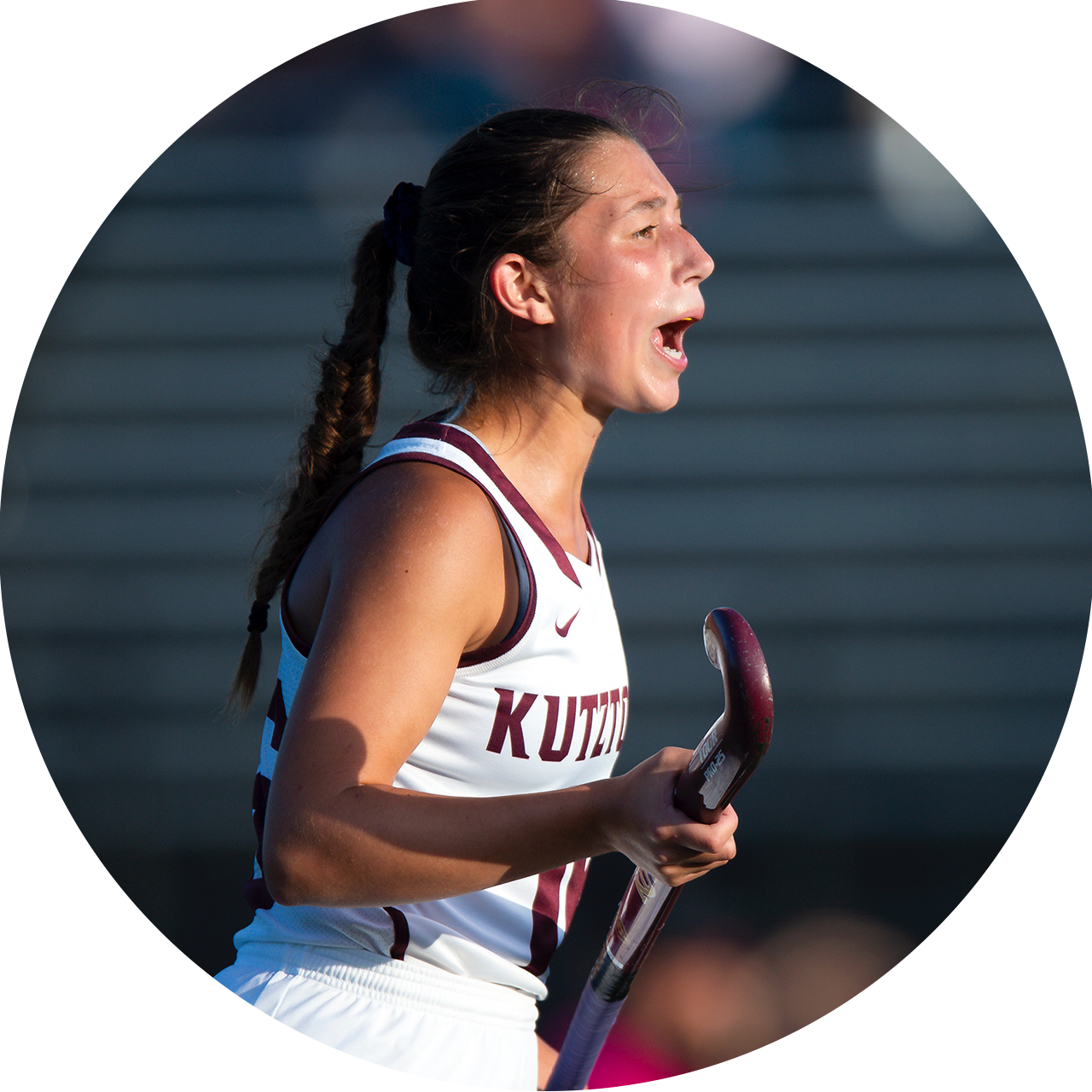 The Department of Art recognizes Hadley Wiktor with the College of Visual and Performing Arts Student Excellence Award. Hadley is a double major in Art History and Crafts, with a double concentration in Ceramics and Textile Arts. When not in the Sharadin Art Building, she captains the Golden Bears’ nationally-ranked field hockey team, where she was named a National Field Hockey Coaches Association Scholar of Distinction and Pennsylvania State Athletic Conference Scholar-Athlete. A Dean’s List student every year of her career at KU, Hadley is the recipient of several academic scholarships, while she also completed internships at the Allentown Art Museum and Berman Museum of Art. With large felt pieces that reference 1950s Color Field paintings and dynamically crafted stoneware pots, Hadley is emerging as a strong voice in the contemporary craft field. She will attend graduate school upon graduation from KU, with acceptances at the Art Institute of Chicago, Tufts University, Warren Wilson College, and George Washington University among others.

Eirené Hoover is a senior Art Education major at Kutztown University. Recently, she completed her first student teaching placement with Kris Tuerk at Kutztown Area Middle School in which she went above and beyond, exceeding expectations.

She says that her love of art and teaching has been growing and developing over the past four years and originated with learning under her father, a practicing, self-employed ornamental woodcarver and her most valuable personal art critic.

Throughout her time at Kutztown, she has taken full advantage of the many opportunities to connect with the people in various communities across campus. She has shared her art and her lessons with organizations such as the student chapter of the National Art Education Association. She also has been heavily involved with the Kutztown Christian Fellowship on campus.

The relationships that she has built through these passions of faith, art, and education have fueled her substantive collegiate experience and serve to stir her (in her words) a more grateful heart towards home, life, family, connections, and every opportunity given to her thus far.

We are fortunate to have students like Eirené in the Department of Art Education, and we are confident that Ms. Hoover has a bright future as an Art Educator who will cherish her time at Kutztown University while continually seeking out opportunities for lifelong learning. 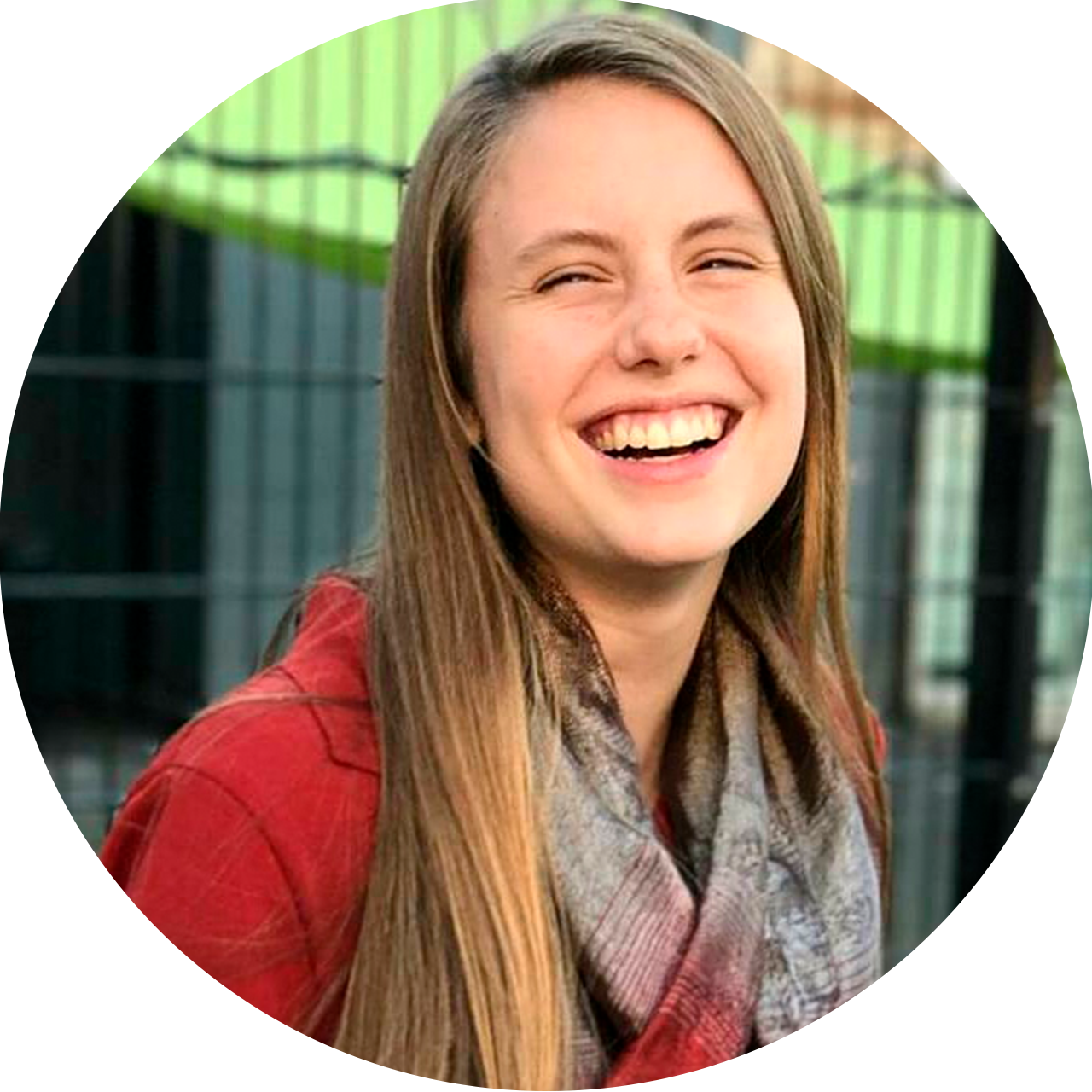 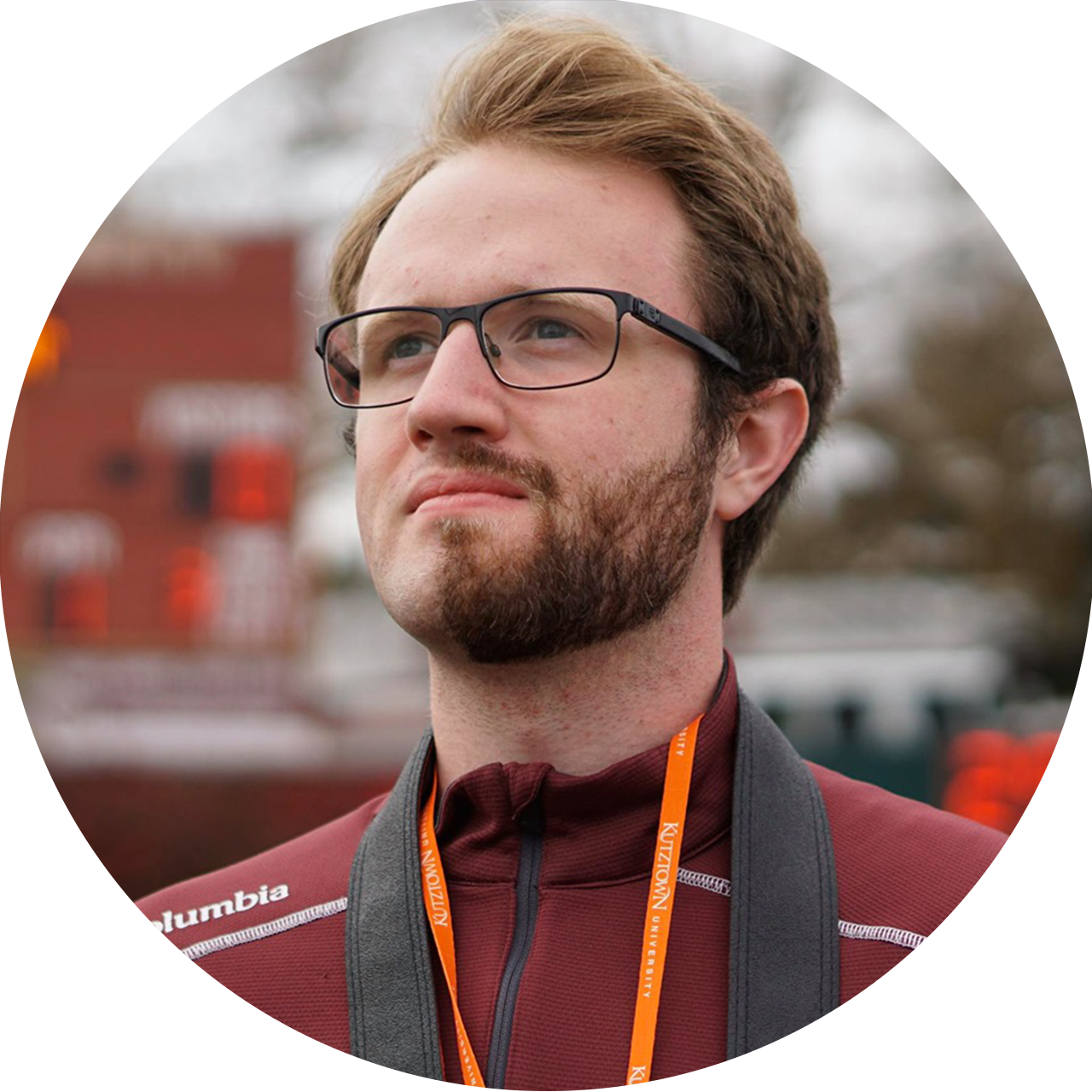 The Department of Cinema, Television and Media Production has chosen to honor Tim Corrao for the student excellence award. Tim is an exceptional student. He is talented, funny, and wildly creative. Tim’s dedication to the development of his art and craft is evident in every class and every project. Tim always works beyond the assignment. Tim Corrao is a rarity and a professional.

Please check out some of Tim’s exceptional work by visiting the links he’s provided below:

Gina Naseef embodies what it means to be golden. She has devoted herself not only to her studies as a designer but to the betterment of her fellow KUCD peers. As a committee co-chair for the AIGA KU Chapter, she helped lead the team in charge of scheduling guest speakers and workshops, and designed posters to promote these events. She gives back to her community, having participated in Designathon and DesignRx as a volunteer design over multiple years. As a student, Gina is engaged, collaborative, dedicated, and open-minded. She will work, edit, and rework projects until they are perfect! Her leadership skills were put to the test as one of our head lab monitors in the KUCD Print Lab, a role that Gina fulfilled flawlessly. We are proud of all she has accomplished while at KU and is confident she will do great things in years to come! 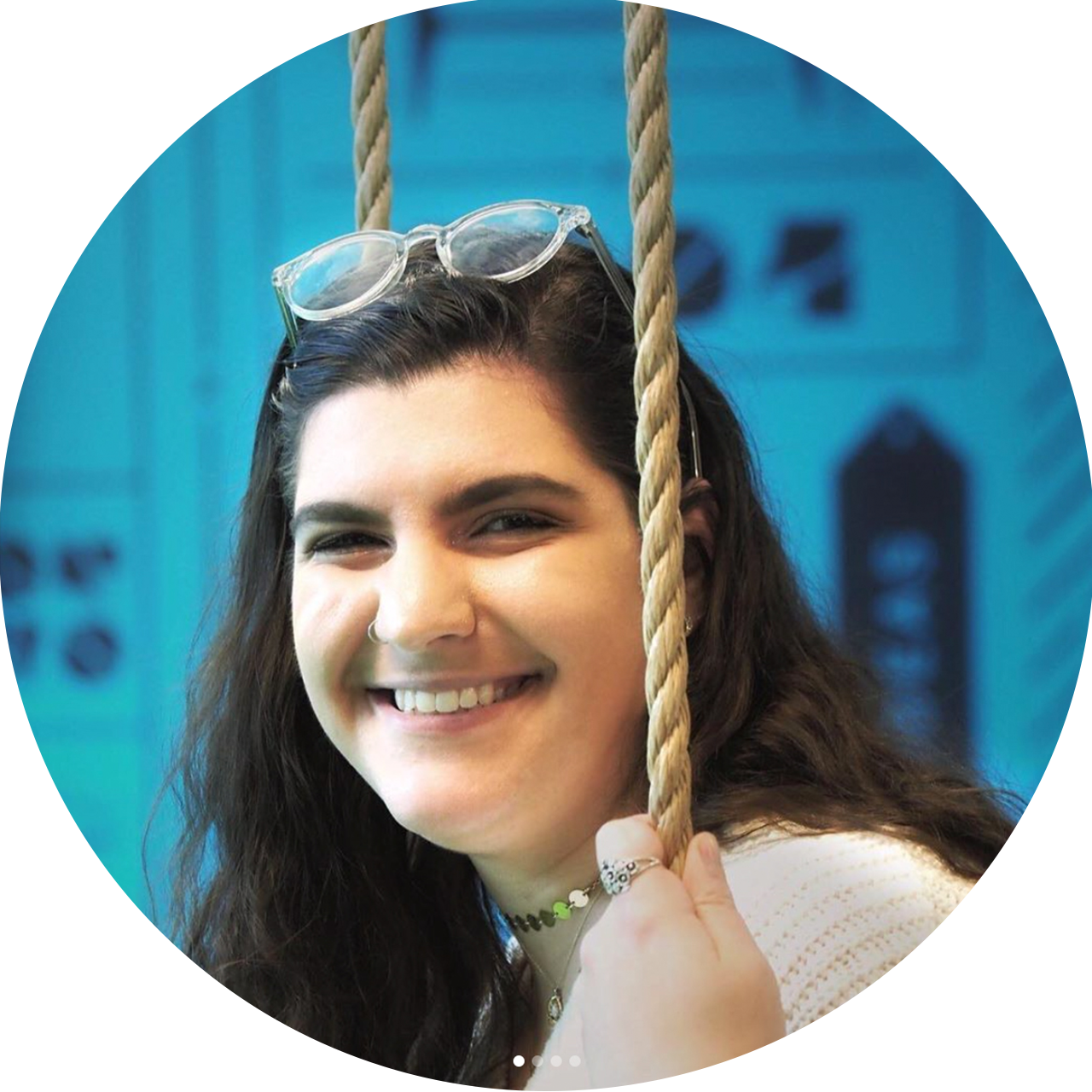 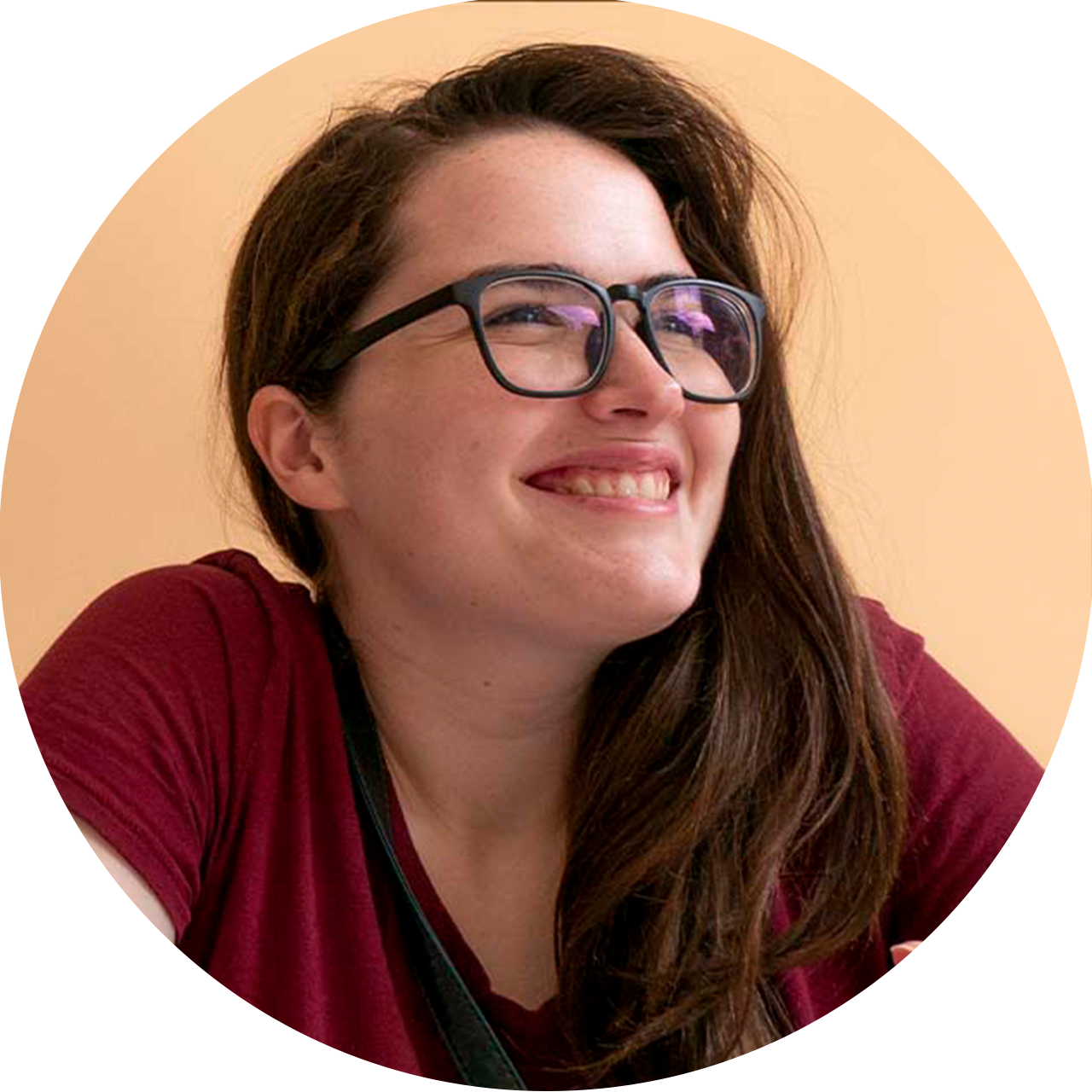 Emily Harrington has, in her short time at Kutztown, stood out as an outstanding student. She transferred here in the fall of 2018 after taking classes at LCCC and joined the honors program, took on the Presidency of the Communication Club, earned straight A’s, and did this all while still working full time. For her honors capstone project she is collecting qualitative interview data about women’s experiences with endometriosis, a project she hopes to continue to work on in graduate school. She is a delight to have in class, completing consistently excellent work which inspires her peers to improve their own analysis.

Adrianna Howden, a B.A. Music Performance senior is an extremely talented musician in all respects, who has a sincere love for playing and greatly enjoys performing. During her 4 years at Kutztown University, she has shown herself to be a disciplined, hard-working and conscientious student, who always did her best in academic or artistic work. Equally capable in playing oboe and piano, Adrianna has a natural facility and learns rapidly, responding extremely well to instruction in her search for artistic progress. She embraces new challenges with enthusiasm and has the discipline to see them through. This past semester, Adrianna was a winner of our concerto competition, competing with a very demanding concerto for oboe and orchestra. She also made an invaluable contribution to the Kutztown University Chamber Players’ concert at Carnegie Hall, performing music of Dinos Constantinidis and handling the difficult, high oboe passages with aplomb. The ensemble later recorded Constantinidis’ piano concerto Grecian Variations for Centaur Records, and Adrianna was again a model of professionalism and consistency.

She has also participated in a wide variety of chamber groups both as oboist and pianist, performing music from the Baroque to the 21st century with insight and conviction.

Ensemble work, in particular, with its emphasis on collaboration, gives a great deal of insight into a student’s character and temperament. In this regard as well, Adrianna proved herself to be an ideal colleague, striving for her personal best while never losing her awareness of the group as a whole.

Humble, yet confident in her own ability, and always with a positive attitude, Adrianna is a tireless worker, who I believe can do anything she puts her mind to. 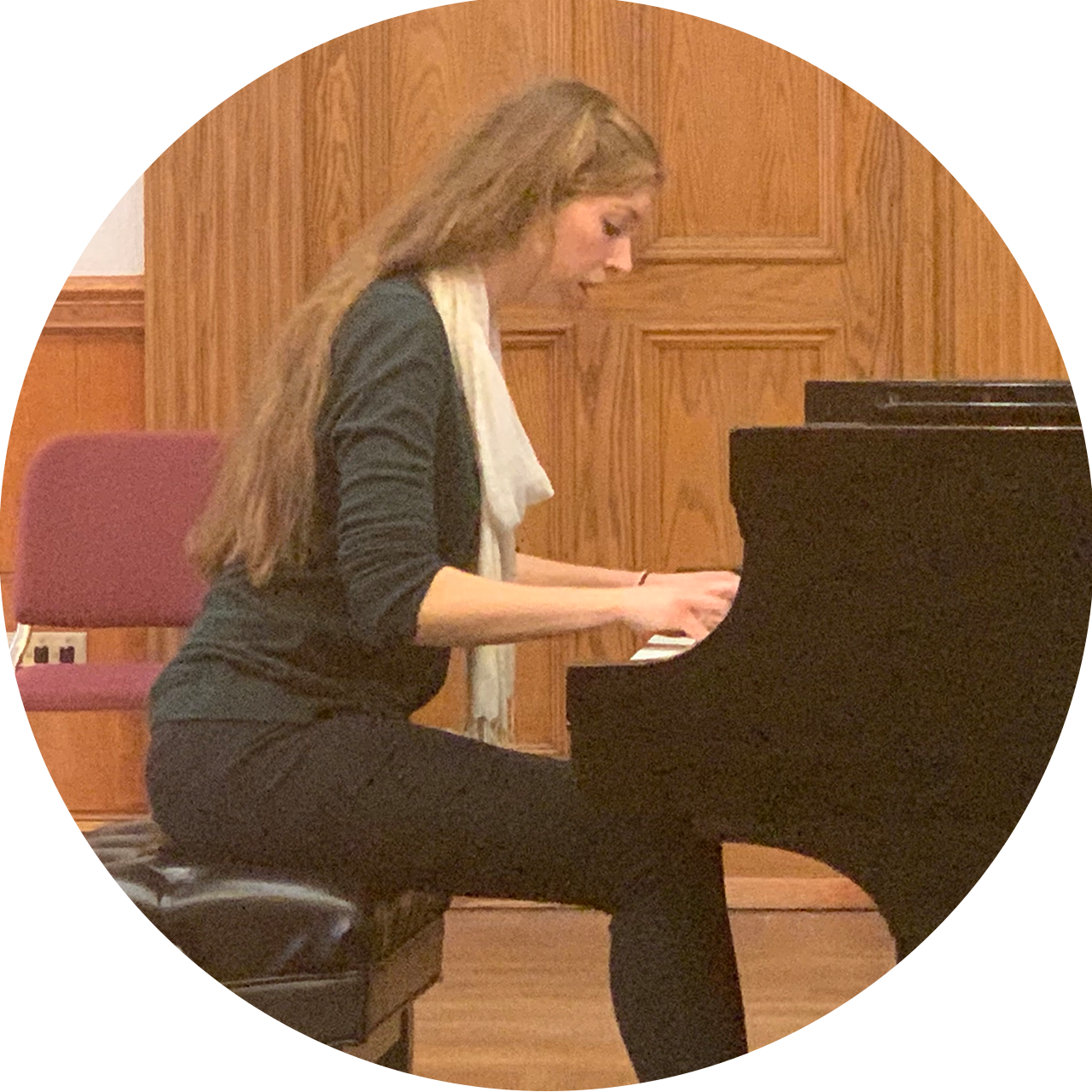 Just this past week, while in isolation due to Covid-19, Adrianna recorded very successfully on her upright piano at home several pieces of her piano repertoire.

Howden's performances can be heard in the following YouTube links:

Thank you for joining us our virtual celebration of the College of Visual & Performing Arts!