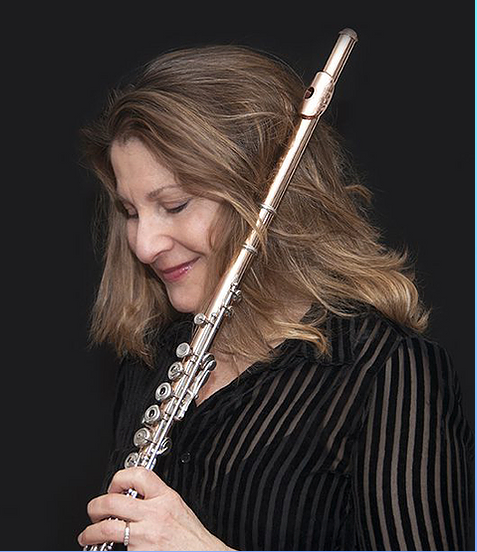 Janet Axelrod is the flutist with the Radio City Music Hall Orchestra and was recently the Irish flutist in the musical Finding Neverland. Her versatile career includes performances with groups such as the New York City Opera and American Symphony Orchestra, and has played the flute for recording studios from around the world (Sesame Street, The Wonder Pets, the Marvelous Mrs. Maisel etc.).

Janet co-founded a new music ensemble which made its Carnegie Hall debut and won the ASCAP/Chamber Music America First Prize for Adventurous Programming, as well as Meet the Composer and NEA grants. They commissioned works by dozens of composers. Janet Axelrod has toured the Far East and Europe as a flute and piccolo recitalist, chamber musician, and teacher. She joined the faculty at Kutztown University in 2019. Teaching students of all levels, she prepares them for their future as tutors and educators. In addition, she exemplifies flute pedagogy for flute majors to find success in the professional world.