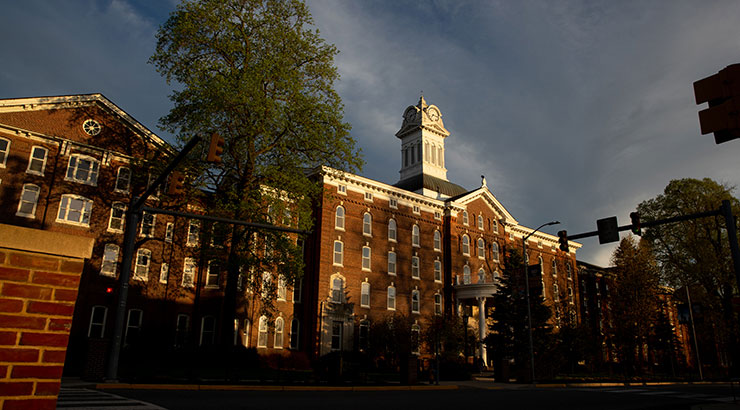 KUTZTOWN, Pa. – The Pennsylvania Department of Education (PDE) announced 39 institutions of higher education and postsecondary schools, including Kutztown University, have been awarded It’s On Us PA grants of up to $60,000 each, totaling more than $1.3 million.

Governor Tom Wolf established It’s On Us PA, the nation’s first statewide campaign to combat campus sexual assault and violence, nearly seven years ago and has made Pennsylvania a national leader in improving campus safety.

The national It's On Us campaign was created by the Obama Administration to raise awareness about sexual assault, teach participants that assault includes non-consensual sex, advise them on how to identify dangerous situations, empower them to intervene and urge them to create an environment of support for victims and survivors.

Governor Wolf launched It’s On Us PA in 2016, the nation’s first statewide campaign. Pennsylvanians are invited to visit the It’s On Us PA page on the governor’s website and take the pledge to “recognize that non-consensual sex is sexual assault, identify situations in which sexual assault may occur, intervene in situations where consent has not or cannot be given, and create an environment in which sexual assault is unacceptable and survivors are supported.” Users also have access to pre-written messages of support that can be used to spread the word on their social networks about the pledge.

Kutztown University’s Women’s Center champions the It’s On Us campaign for the campus community. Funds will be used for national speakers and trainings with local partner, Safe Berks, as well as new equipment for the personal safety program, R.A.D., that is facilitated by KU’s Department of Public Safety and Police Services, among other initiatives which will focus on sexual violence prevention, support for male survivors and advocacy for the LGBTQ+ community.

For more information on the It's On Us initiative at Kutztown University, contact Christine Price, director of the Women’s Center and LGBTQ+ Resource Center, at price@kutztown.edu.